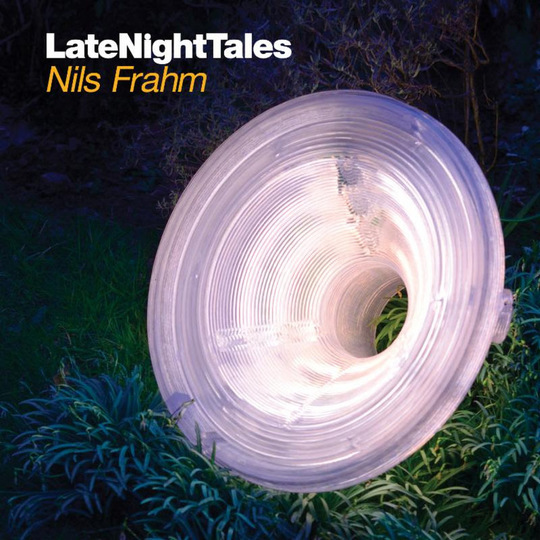 If you are interested in music and haven’t been living under a rock for the last few years, you’ll know that master of multiple musical talents Nils Frahm is one of the true innovators in modern music. With each release he revels in experimentation while constantly paying homage to the greats of the classical cannon, and is as equally at home performing on a homemade synthesiser as he is playing a grand piano with a pair of toilet brushes. The effective poster-boy for label Erased Tapes, he is prolific not just in his own releases but frequently appears in both production and instrumental roles in collaboration with many others on the label’s roster, including Peter Broderick and Olafur Arnalds. His Late Night Tales compilation is a more than welcome addition to his discography, as it gives an insight in to what makes the cogs of the German’s genius turn. We are taken on a time travelling tour of genres and styles, some of the tracks often having been given Frahm’s stamp of approval through his own tweaks and tampering.

As is to be expected, the compilation pays tribute to some of Nils’ favourite classical numbers. Vladimir Horowitz’s version of the ‘The Flight of the Bumblebee’ erratically twists and turns through surface-noise distortion, leaving little to the imagination as to how Frahm found some of the inspiration for his own fast-fingered skills on keys. Despite his clean, minimalist and thoroughly modern aesthetic, the track is testament to an integral vein of nostalgia that runs throughout his back catalogue, explicitly on the likes of the Wintermusik EP and more subtly on the Spaces LP.

Frahm’s love of jazz, and particularly Miles Davis, is another prominent theme on the record. ‘Générique’ and ‘Concierto de Aranjuez (Adagio)’ evoke misty, cobbled Parisian streets and capture the very European sensibility that Frahm’s music also possesses. Similarly, Nina Simone’s ‘Who Knows Where the Time Goes’ shares the intimacy of many of his own compositions, again layered in a vinyl fuzz that warms both song and listener. Rhythm and Sound’s ‘Mango Drive’ exhibits his love of minimalism in other genres, in this case dub, while Cirkel by Dub Tractor continues the sense of warmth as it opens with the recorded purrs of a cat called Leo layered atop soft and intricate bleeps and beats.

Much of the compilation gives nods to several of Nils’ electronic contemporaries. Along with an excerpt of Four Tet’s ‘0181’, Warp roster-members Bibio and Boards of Canada make appearances, the latter being a beautifully-slowed version of the classic ‘In a Beautiful Place Out in the Country’. Frahm has said that the Scottish duo changed his life, and the influence of their ambient soundscapes is littered across his more synth-heavy moments. The avant-garde saxophone of Colin Stetson also makes appearance with ‘The Righteous Wrath of an Honourable Man’, again demonstrating Frahm’s love of using old instruments in new and boundary-pushing ways. It is perhaps this moment that best defines the compilation and therefore Nils Frahm’s thinking behind it. The balance of the old and the truly new in instrumentation and song writing style is the bedrock of the composer’s own work and many of the artists on the albums track listing. In his entire back catalogue he has never copied, only learnt while paying complete respect. This compilation is a letter of thanks to those who came before and who still push the boundaries, those who have allowed Nils Frahm to be the future legend that he is.