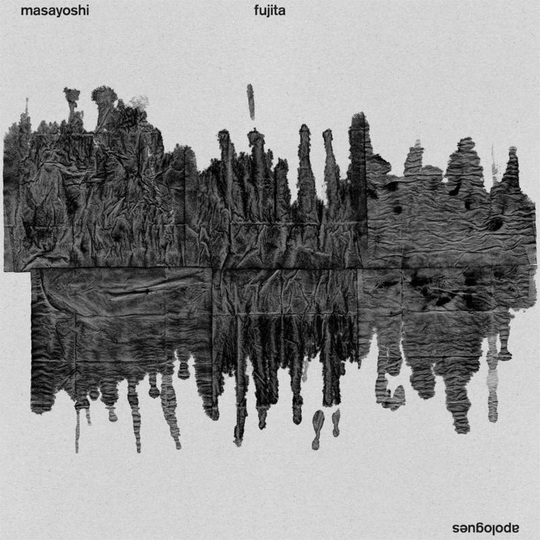 About a month ago, I was sat doing the most niche radio show of all time. I moonlight as an online DJ for a website, and spent two hours trawling through the archives of a long lost record label called Moteer - a tiny imprint setup by a couple of ex-members of the band Hood that closed its doors in 2011. On the show, I went over their output, mentioning a lot of obscure glitchy folktronica and weird ambient drone records, including one called Reverberate Slowly by a Japanese artist called El Fog. It’s a beautifully mesmeric journey through vibraphones, found sound, and glitchy pops and clicks - an amazing record, and one you should all just go and buy immediately.

Anyway, as with all things related to that label, I wasn’t exactly sure what most of the roster was up to nowadays - most were so obscure to begin with, it wasn’t exactly stretching the imagination to think that most had just given up, or were just a one-off to begin with, but then I came across Apologues by Masayoshi Fujita – who I was delighted to discover was actually El Fog. Now operating under his own name, and picked up by the inimitable Robert Raths and his Erased Tapes label, he’s releasing another album into the world. And what a beauty it is.

Very subtly picking up where Reverberate Slowly left off, Apologues finds Fujita ditching most of the glitchy pops and crackles in favour of crystal clear musicianship - mainly focused on the vibraphone, piano and strings. In keeping with the label’s output, it’s a beautiful listen, and one that really works taken as a whole, given the fact it’s a 40 minute, slow moving journey through glistening instrumentals.

Closer ‘Requiem’ is so slight, it’s a wonder it manages to do so much with so little - the melancholic tones ebb and flow so perfectly, it just about picks up, and then leaves you heartbroken. In the best possible way, obviously.

It’s a brief foray into a very nuanced world - a master craftsman plucking at your heartstrings mercilessly –and one you don’t really want to come out of. Obviously, it’s a mood piece, so hit play at the wrong time, and it won’t work. Delve into it when you’re feeling particularly wistful however, and it’s the perfect soundtrack to all your favourite Wes Anderson moments - that’s meant as a compliment, by the way. Banishing the ghost of El Fog, Fujita really excels at the kind of melancholia Erased Tapes is very good at unleashing into the world, so I really couldn’t think of a better place for him and this album to be.