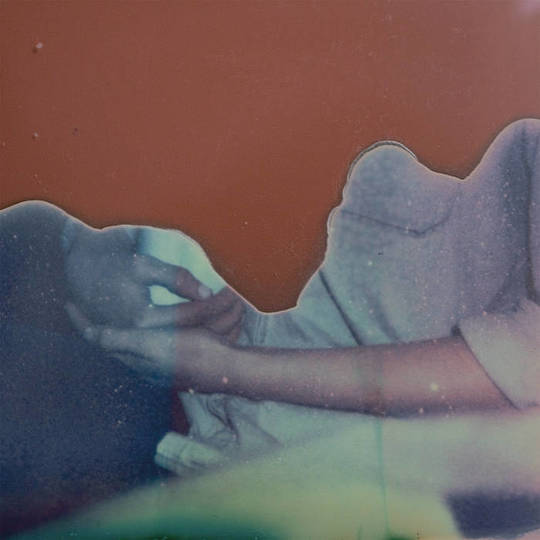 Originally hailing from Boston, Massachusetts, errant dreamgazers Infinity Girl seemingly found their feet by way of a post-graduation relocation to Brooklyn. The four-piece - Nolan Eley (guitars, vocals), Kyle Oppenheimer (guitars, vocals), Mitchell Stewart (bass) and Sebastian Modak (drums) - initially emerged three years ago with shimmering debut Stop Being On My Side, a record that occupied the middle ground between Ride's melodic escapism and A Place To Bury Strangers' all-out sonic assault. Although feted by the NYC underground, it struggled to make much of an impact elsewhere. Which is a shame as songs like the woozy 'Void' and widescreen album centrepiece 'By Now' hinted at a band with a bright future ahead of them.

Fast forward to the summer of 2015 and those hopes and expectations are realised. Written and recorded between regular day job commitments (most musicians have them these days) and copious amounts of rehearsals, Harm is a record that documents a band in full transition mode. As a result, Infinity Girl sound revitalised and ready to take on the world. Or at least spread the band's good name outside of their adopted city boundaries.

Fuelled by a shared love of classic post-punk and late Eighties/early Nineties college rock, Harm takes its cue from a number of sources. Explosive opener 'Hesse' takes its lead from Creation stalwarts Swervedriver or more recent aural assailants Cheatahs. While frontman Eley's vocals remain low in the mix throughout this and the other ten pieces on the record, it adds an extra layer of instrumentation. "What you gonna do for my fire?" asks Eley inquisitively over a delirious concoction of melody and noise on 'Firehead', while all around him probe and ponder their next move with tenacity.

Sure, there are obvious reference points such as on the MBV-aping 'Locklaun' –perhaps not the wisest excursion for a band who've made no secret of their hope of ridding themselves of the shoegaze tag once and for all. Nevertheless, it doesn't detract from Harm's more inspired moments, which arrive thick and fast.

Take 'Hold' for example, which melds tuneful melody with a sombre overcoat like a downbeat Pixies or desultory J Mascis. 'Dirty Sun' also fuses pastoral vocals with a vicious overtone similar to My Vitriol at their most ravishing. Indeed, it's the cleverly struck balance between sweet and sour that serves Infinity Girl well, and even when that happy medium is breached such as on brash noisefest 'Heavy', a most accurate moniker if ever there was one, it proves unabated in the context of the album.

It's on penultimate number 'Musei' where both band and record hit an unparalleled peak, recalling Drop Nineteens seminal 1992 hit 'Winona' in the process. As 'Around Me' brings Harm to an elegantly trippy close, Infinity Girl can look back and proudly reflect on the gestation period between albums one and two as time well spent.