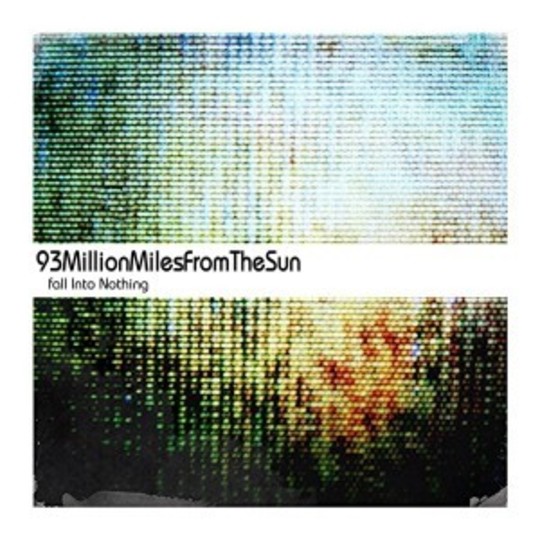 Doncaster's 93MillionMilesFromTheSun have been responsible for some of the most effervescent sounds of recent years. While 2008's self-titled debut undoubtedly lit the touch paper, each subsequent release has not only re-affirmed their status as leading lights among the UK shoegaze scene, but also heralded a stark progression sonically from each of its predecessors in the process.

Take Fall Into Nothing, their fourth long player and first since 2012's Towards The Light. Having taken the best part of two years to construct, its long gestation period was well worth the wait. Taking the listener on an extensive journey through 15 pieces encompassing all angles of the modern psychedelic spectrum. Fall Into Nothing encapsulates sonic ambivalence at its most dynamic juncture.

Essentially it's the brainchild of singer, guitarist and songwriter in chief Nick Noble - now the only founder member still with the band. Noble proves himself to be a master of traversing the fine line between intense and ambient here. None more so than on penultimate number 'A Million Miles Away', a near 11-minute-long opus that fuses elements of woozy reverb with visceral noise and the occasional dramatic silence.

Comparisons to My Bloody Valentine and Slowdive are inevitable, and on the tube screaming 'Watch Her Fall' and cavernous 'Feel Its Real' more than justified. However, what sets 93MillionMilesFromTheSun apart from many of their contemporaries merely content with rehashing the past is their deliberate penchant to push new boundaries. Like on 'Reflections', which fuses motorik beats with a more traditional song structure than its counterparts here, or on its creator's previous releases.

What's most interesting about Fall Into Nothing is the way it's concisely split into four parts, each separated by a series of musical interludes that veer from all out white noise ('Interlude I') to a dream sequence ('Interlude III') which introduces the album's catatonic finale.

Elsewhere, the majestic 'Flying', again exceeding the ten-minute-mark, embarks on a no-holds-barred voyage of discovery. While the opening segment is fairly reminiscent of Oasis's 'Columbia', its final two thirds cavort betwixt sonic territories only the bold would dare to venture. Similarly, 'Sabs Is Free' rides along the serrated edge of aural intensity which provides a stark contrast to the shimmering elegance of 'Nothing Left Inside'.

As the closing 'Outro' brings Fall Into Nothing to a tranquil end, one can only sit back and reflect on a record that signifies the pinnacle of 93MillionMilesFromTheSun's career so far.