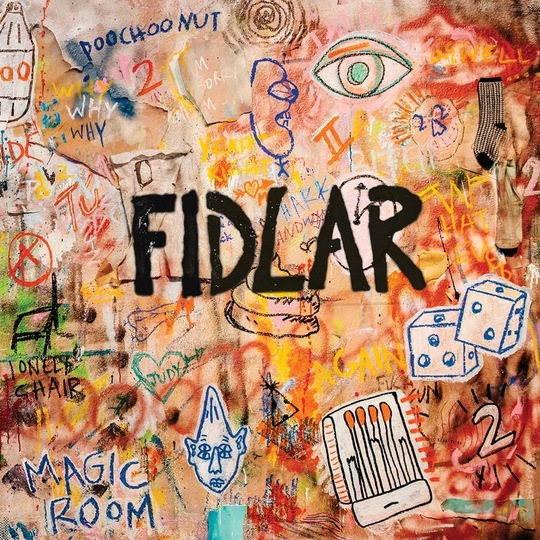 For all its excess of 'I don’t give a fuck'-ery, Fidlar’s self-title debut managed to strike a chord with fans and critics alike at its release two-and-a-half years ago. The themes of excess were notable in their extremity: by no means a record of average skate-punk partying as would be bellowed out at the Warped Tour to drunken frat-boys, Fidlar was a record more worrying than that – an air of self-destruction permeated every track, and the lyrics were believable from the off. It was a record bereft of the romance often associated with the lifestyle of touring, recording and generally getting wrecked: closer listens bore witness to a band playing with fire.

The Fidlar of two years later are now clean, with horror stories of their hectic schedules and addictions prominent in the music press, and the songs reflect this. Where once a chorus of “I DRINK CHEAP BEER FUCK YOU” would suffice to express the band’s ethos and situation, their second record matches their anger with introspection, less direct and driven, but noteworthy in its diversity.

Tracks such as ‘Overdose’ are exemplary of these experiences and relative new direction. Itchy claustrophobia saturates the track, a knot of repetitive bassline, incongruous and eerie guitar work and lyrics speaking of bedridden squalor making for an affecting and uneasy listen. Where their first record is speaks of the wild highs, here we see the inevitable, crushing lows. ‘Bad Medicine’ sees the band back on the thrashes which we know them better for: bratty, Black Lips-esque punk again reflective of singer Zac Carper’s time spent in relative oblivion: “I’ll take a bottle, you’ll take a spoon/ I’ll shoot at the bar, you’ll shoot in your room”. These are not easy subjects to reflect upon, and when they’re done well on Too, they’re exceptional.

However various tracks miss their mark: there is something of a surplus of somewhat poppier, less garage-oriented tracks toward the beginning of the record that get proceedings off to a bad start. ‘Sober’, for example, has something of early Noughties Kerrang TV to it: more The Offspring than The Adolescents in its rapid-fire, spoken word verses, which tarnish the lyrics. Elsewhere ‘Punks’ loses something in its overly macho riffage: each to their own, of course, but Fidlar seem to be forcing themselves to “rock out” here: ticking a checklist of moshpit inducers without any of the raw emotion and emotionally charged lyrics that the rest of their work so often enjoys.

Although arguably not as consistent as their debut, Too sees an excellent band back doing as they do best: going fucking mental, and the circumstances in which this record is released render it all the more interesting and heart-rending. Although on the relative straight and narrow, the band have lost none of their attitude.