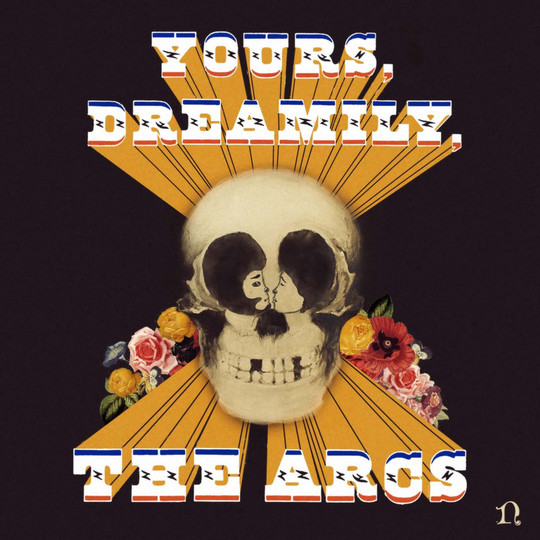 Having a side project in music isn’t anything new these days. It can help stimulate when feeling confined and it gives an outlet for songs that don’t fit with the parent band’s style or mission statement. Rostam Batmanglij has Discovery, Michael Shuman has Mini Mansions, Faris Badwan has Cat’s Eyes, Bowie had Tin Machine and Jack White has The Raconteurs and The Dead Weather. Now Dan Auerbach, guitarist and singer from the Black Keys, has one.

Originally planned as his second solo album, after 2009’s Keep it Hid, the project soon evolved into a fully-fledged and functioning band, The Arcs. While it maybe Auerbach’s bit of fun on the side, he has aligned himself with serious musicians Leon Michels, Homer Steinweiss, Kick Movshon and Richard Swift (who is also in The Shins and is The Black Keys' touring bassist). In a recent interview Auerbach stated 'It's a completely different thing than the Black Keys. Every song on this record is co-written with the whole band. I love being able to sit back and let songs evolve without me. It's been a new experience.' And this new found freedom shows, as The Arcs’ debut album Yours, Dreamily doesn’t sound like Auerbach’s previous material.

Singles ‘Outta My Mind’ and ‘Put a Flower in Your Pocket’ get the album started, after a slightly twee ‘psychedelic’ intro. ‘Outta My Mind’ successfully mixes retro fitful guitars and whirling drums. Although it’s a slice of psych pop, the lyrics aren’t a joyous and seem to be influenced by Auerbach’s recent divorce. “Outta my mind. But I made it. Outta my mind. I'm faded. Outta my mind. The ones, I love, have left my side. Outta my mind. But I made it. Yeah”. ‘Put a Flower in Your Pocket’ follows on this vibe, but with Isaac Hayes overtones. Everything is oozing in sex and nostalgic organs. ‘Everything You Do (You Do For You)’ carries on this feeling of rejection and resentment. “The bridge between us, It burned. You're always fishing, And wishing I was someone, Brand new, Cause everything you do you do for you”. ‘Stay in My Corner’ is reminiscent of John Lennon as his most open and affecting. The music plods along pleasantly, then suddenly the chorus kicks in and you realise this is the main event of the song. “Stay in my corner Babe, Stay in my corner please. Stay in my corner babe, I will fight for you if you fight for me too.”

‘Cold Companion’ feels like a leftover from the 2012 album Auerbach produced for Dr. John. There is a psychedelic vibe going on, but with levels of gumbo psychosis. ‘The Arc’ sounds like a Black Keys track, but when you expect Patrick Carney to come in on drums and raise the track up, he doesn’t and the song falls slightly flat, never really going anywhere until its limp outro. ‘Searching the Blue’ ends the album with another slow prosaic number. It languidly goes through the motions of a ‘tender ballad’ until its gentle fade out.

As side projects go The Arcs' Yours, Dreamily works ok. It doesn’t encroach or outshine the Black Keys and is a pleasant enough listen. It shows another side to Auerbach’s song writing and he gets to put out songs which have sombre and estranged themes that might be out of place on a Black Keys album. But it’s not great or inspiring listen. Instead thundering riffs and blistering blues solo’s Auerbach slows things down a bit, and lets us see his softer sentimental, and heartbrokenly astringent side come out. But sadly what Yours, Dreamily needs is a little bit of oomph every now and again to wake us, and the rest of the band from our collective stupors. Even compared to his debut solo album, this feels second rate.

We are willing to let off tracks that would never feature on a Black Keys album because this isn’t a Black Keys album, but Auerbach trying something different. And there isn’t anything wrong with that, it must get boring thinking in the limited terms of just guitar and drums. Jack White has the Raconteurs and the Dead Weather where he can experiment and mix things up, but those projects work better than The Arcs because White still retains elements of his original band, whereas The Arcs is just a downbeat blue eyed soul album dressed up as psych fringed affair. If you want to have a side project, how about another Blakroc album Dan?