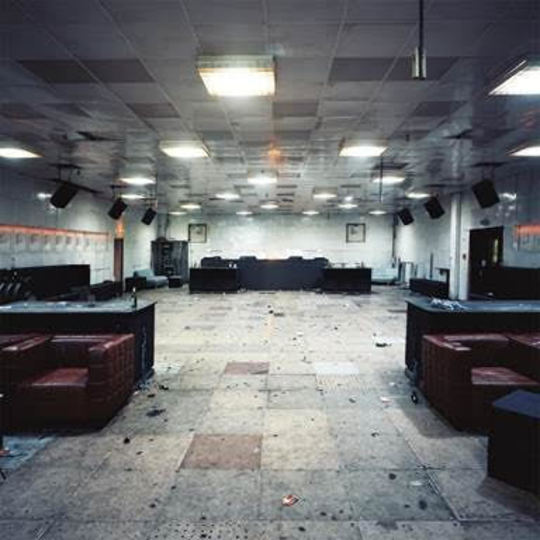 Moth Boys is a record that's been made on the back foot. In 2012 Spector were positioned as the last of the British indie vanguard. Fronted by the endlessly quotable Fred Macpherson and with an irrepressible thirst for singalong anthems, their debut album was an all-too slick amalgamation of the past decade's greatest alt hits.

'It's like looking back at a picture of yourself when you had a shit haircut,' says Macpherson of Enjoy It While It Lasts_.

Listening to its follow up, you can't help but wonder, 'Why can't more bands make so-so first albums?' Stripped of all context, Moth Boys really is an excellent record - full of glistening hooks and debonair witticisms. When you consider the necessary reinvention this joyous LP has demanded, it's even more impressive.

So what's changed for these London ruffians? Well, sticking to the facts, they began making their second record with Dev Hynes (Carly Rae Jepsen, Solange) after losing their founding guitarist Christopher Burman. Moth Boys was completed with the help of Duncan Mills (James Murphy, Malcolm McLaren) but that's really only half the story.

The immediate truth that you'll hear on songs like 'Decade Of Decay' and 'Kyoto Garden' is that Spector have simply become better. Chugging adolescent bluster has been shed in favour of industrial Depeche Mode-ish synth lines and poised snippets of knotty guitar, while Macpherson's lyrics are more exacting than before.

"My battery's ten percent, let's generate content," he sings on 'Bad Boyfriend' with weary resignation. Similarly to Drake or Childish Gambino, the slick-tongued frontman does a raucous trade in millennial angst played over soaring pop melodies. The Macpherson of Moth Boys is a slave to his worst impulses, a drug-addled romantic with one hell of an ego. “Psychotropics and pre-mixed mojitos. I thought you liked to talk about me though,” he croons on ‘Stay High’, a jubilant ode to narcissism on a record that’s full of them.

Mercifully, Spector balance out their miserablia with the kind of choruses that nag at you for days at a time. As you might expect from songs like ‘All The Sad Young Men’ and Don’t Make Me Try’, Moth Boys isn’t an album that’s much concerned with the art of subtlety. What it does offer though is a lot of bittersweet contrast. Naval-gazing melodrama and triumphant self-righteousness are the band’s two best sparring partners, and they play them off against each other as often as possible.

At times, this newfound formula does lapse into self-indulgence. ‘Using’ is an especially on-the-nose ode to narcotics via the medium of ‘Y2K philosophy’, while ‘Cocktail Party - Head Interlude’ feels too much like a Blood Orange track to be distinct. For the most part, Moth Boys is fun and eager to please.

You'd perhaps expect as much from one of the few major label guitar records to be released this year. Macpherson's troupe of affable cads are smarter than that tag suggests though, and they've made an album that justifies their former lustre. If The Maccabees can eventually slog their way to Number 1, then you'd hope the same for Spector.