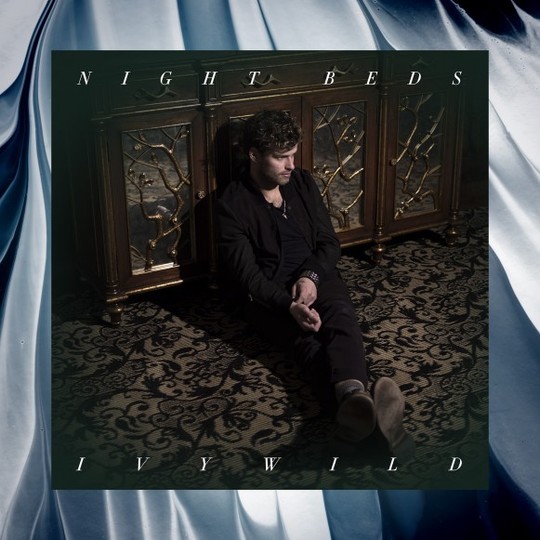 Two years ago Winston Yeller released Country Sleep, ten tracks of wide-eyed Americana that owed a not totally insignificant debt to Ryan Adams. It was the record that introduced Night Beds to the world, and really, it did its task fairly well. Well enough that it landed Yellen a late night TV appearance or two. Well enough that there were tours with the likes of Lord Huron, another musical project that frames bleeding-heart subject matter within a musical context that hints at Bud Light and interstates and Middle America’s infinite vistas. The earth remained un-shattered, but there was certainly promise. Yellen had the vocal chops, drawing favourable comparisons to Buckley (Jr.) with some soaring falsetto lines. Although it didn’t leave you slack-jawed, the songwriting was definitely solid.

I suppose all that is to say we should give Yellen, now 26, a certain degree of credit simply for having the ambition to put out IvyWild. The Americana of that earlier release has all but vanished, replaced by a schizophrenic palette most firmly rooted in R&B (the Weeknd by far the record’s most frequent point of reference, but echoes of R&B and hip-hop’s other big names pervade throughout), but liable to veer off any which way it chooses.

And over 16 tracks, it certainly has the time to veer off in many, many directions. When they’re good, they’re really not bad at all. First single ‘Me Liquor and God’ showcases Yellen’s penchant for a big pop chorus – replete with earworm melodies that stick with you for days. Silky slow jam ‘Seratonin’ sticks to its R&B groove template quite firmly, and comes off the better for it. Tranquil closer ‘Stand on My Throat’—a track offers a glimpse of what a more conventional Country Sleep follow-up might have sounded like—lets its melodies shift on top of one another, creating an infinite kaleidoscopic pattern.

IvyWild is a record written and mixed quite dreamily: lots of things going on at once, lots of reverb, melodies that float around a target unanchored rather than lock to a grid. But that’s certainly a double-edged sword. What IvyWild’s high points get right, I think, is the specific way in which they are ‘busy’. They are immersive, not claustrophobic. At the other end of the scale, Yellen smothers his best ideas by burying them beneath countless others; at times it feels as if he’s trying to negotiate five songs’ worth of ideas in a single track.

Take opening track ‘Finished’, a trippy, meandering, confused statement of intent, and the most off-the-deep-end of IvyWild’s 16 songs. It is, in essence, an endless montage of snippets from songs like Molly Drake’s ‘I Remember’ and pieces like Maurice Ravel’s Jeux Deux and some other violin concerto and other high art samples I am not encyclopaedic enough to pick out. It never rests, nor lets you catch up with it, and ends up a dense impenetrable fog. Elsewhere, ‘I Give It’ nods towards D’Angelo, but hides beneath strings, synths, and layer upon layer of background vocals. Halfway through it disintegrates to almost nothing before returning with somewhat-more-than-a-nod towards Marvin Gaye. It cadences with a stadium sized hip-hop beat. Autotuned ‘Sway(ve)’ hints at Kanye, but awash with atmospheric synths, lacks the visceral punch of Yeezy’s production.

Let’s give Yellen credit: I doubt you’ve heard another record like IvyWild. But then perhaps if you broke it down into its many, many composite pieces, maybe you’d have heard the majority of those. It is sprawling, messy, and bursting at the seams – but certainly when listening to it, you see how it could have worked with a bit of quality assurance. A shame, because you almost want to see this wanton career move rewarded for its audacity.