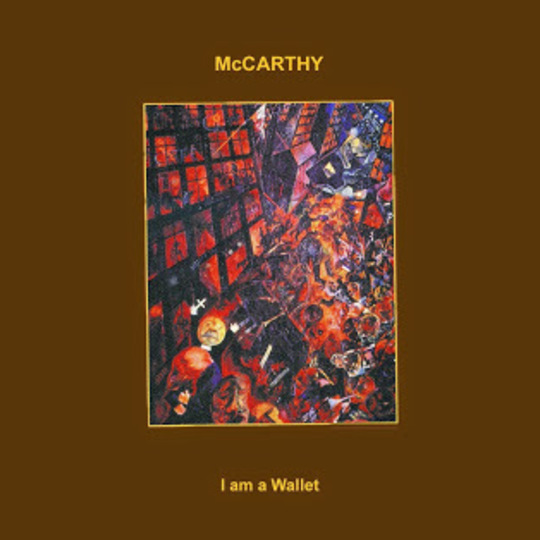 We're fast approaching the eve of yet another Labour leadership election. In a few short weeks the so-called left will have a new figurehead, someone to lick the wounds of 'socialism' after yet another crushing defeat. At the time of writing, the people's champ Jeremy Corbyn is ahead of the pack, signalling quite a shift towards the left.

In the real world, music seems to be absolutely terrified of making a stand of any kind. Supposedly the most political of the current crop of 'pop stars', Sleaford Mods, have turned out to be afraid to tie their colours to a mast of any kind during this May's general election.

Things weren't always like this, in the past there were a few groups taking about political ideologies and the like. Perhaps the greatest politically charged pop group of them all came from that distant land called the Eighties: McCarthy. Four lads from Essex creating jingly manifestos that touched the heart and challenged the mind in equal measures. Their first album, I Am A Wallet, was a Marxist reimagining of C86, and deserved to be much more of a hit than it was.

This 2015 reissue (I specify the year because the record has been rereleased a grand total of four times...) brings the spirit of punk rock back to the modern day, showing us all that to be rebellious doesn't mean you have to sacrifice melody. Tracks like 'An MP Speaks' and 'The Way Of The World' give us everything The Byrds brought to the world and more, chucking rhyming couplets about senior civil servants and capitalist economies into the mix for good measure.

McCarthy just knew how to do pop right, there was no time for messing about, no solos, just verses and choruses and verses. The way God intended music to be. Not that they're into that god business. 'God Made the Virus' proves that point very clearly, what with its lyrics about punishing the wicked and plagues and the like.

Unlike a lot of reissues,I Am A Wallet kind of makes sense. It seems to be a lot less about making the group extra money, though of course that will have been the motivating factor, and more about courting new fans who might have heard the name whispered by some of their favourite groups in ye'olde New Musical Express. Rest In Peace (kind of).

As is mandatory of all reissues there are a fair few 'bonus tracks'. These have all seen the light of day in various forms over the years, but have been brought into one package for the first time here.You've got your obligatory re-recorded versions of album tracks and original masters of old singles, but in reality who really cares about them. What people want to hear is stuff they've never heard before, which this collection throws at us a grand total of 11 times. The standout of these extras, 'Kill Kill Kill', shows us a very different side to the band, one without restraint, the reverberated guitars and aggressive vocals hark back to that weird time when post punk coexisted with punk. It's ace, basically.

Hopefully this bumper package of smart political pop will finally give McCarthy the recognition they deserve. We need more groups like them these days. but if they don't come along, I guess we'll still have Corbyn. Things could be worse.