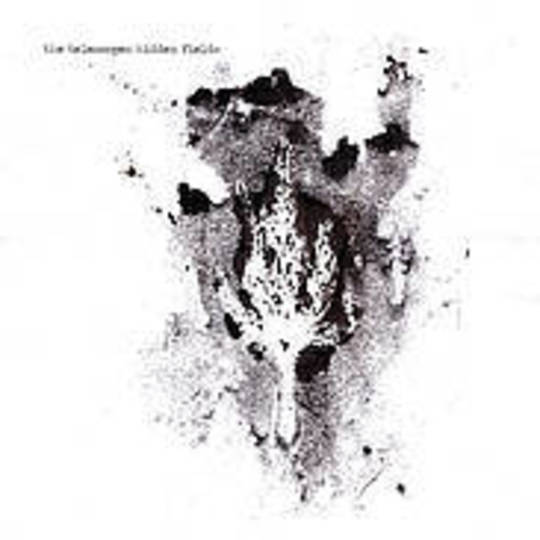 The Telescopes have gone from being something of an anomaly in Creation's fortuitous rollercoaster ride to one of the most innovative collectives operating under the "psych" modus operandi today. Twenty-seven years after their first release, founder member and creative force Stephen Lawrie has confounded expectations again.

Since the dissolution of the band's original line-up shortly after 1992's self-titled second album, Lawrie has surrounded himself with an assortment of musicians from all corners of the experimental spectrum both live and in the studio. On Hidden Fields, The Telescopes' eighth long player Glaswegian ensemble St Deluxe provide a cacophonous brew of noise and melody and the results are astounding.

While iconic debut Taste may have set Lawrie and co's stall out as sonic upstarts of a psychedelic persuasion many moons ago, every subsequent excursion has taken both creator and listener to another place entirely. And Hidden Fields is no different, following on from predecessor HARM it proves to be a mesmeric exercise in audio intensity.

"You know the way, but you don't know how" intones Lawrie in his unmistakeable drawl on the record's opener, giving way to a menacing overload of feedback-heavy guitars and contorted rhythms. As with the other four pieces that make up Hidden Fields, 'You Know The Way' takes the form of a mantra, occasionally soothing but for the most part disturbing.

'Absence' pulls itself back from the edge slightly, choosing instead to baste its sonic palette with a humming drone before erupting uncontrollably in the final third. 'In Every Sense' sets the controls for the heart of the speakers, literally, derailing the tenuous psych rock bandwagon and burying a deluge of scenesters in its wake.

With its layered and overlapping guitars, 'Don't Bring Me Round' acts as a bridge from the hors d'ouevre to the main course. At just over fifteen minutes in total, 'The Living Things' isn't so much a grand finale, but more the mantra to end all mantras. Older listeners might remember 'Suicide', the looped closing track off the band's aforementioned debut and 'The Living Things' does share some similarities. Not least in its relentless pursuit of all things visceral and cathartic, offering a form of aural hypnosis solely reliant on vigorous brutality.

What's most interesting about Hidden Fields are the lack of any lingering gaps or interludes between each song, imploring for the album to be heard in one full sitting as it should be. Devastating until the very last note subsides, this is arguably The Telescopes' finest record for over a decade. Prepare to be pulverised.