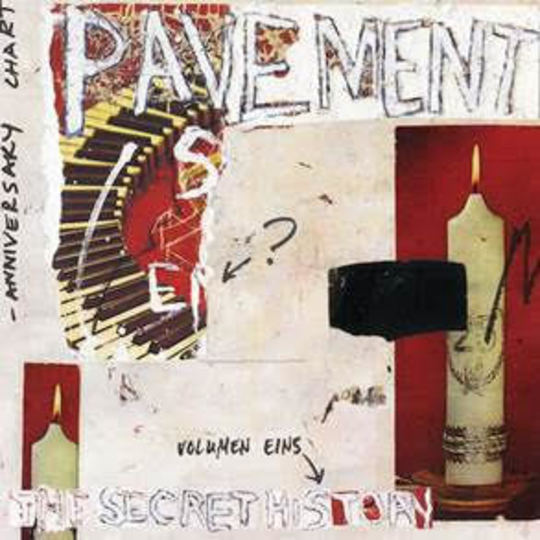 Ahhh, the industry. That dark spectre which commodifies the work of our favourite artists and makes hypocrites of too many of us. Even in 2015, it’s still clinging desperately to its status as a necessary evil purely because it still possesses its market, albeit an increasingly jaded one. Each year when the Record Store Day product list is announced, we see Twitter become an ocean of resigned sighs at the slew of repackaged old records dominating the ranks. And, still, every time the queues will snake along the back alleys housing the shops which pretty much have to participate in this backwards-looking farce to help them survive another year. The fact that so many of these repolished historical artefacts end up on eBay simply adds another layer to it all, because there’s always someone willingly tapping in their Paypal details at the other end, ensuring that the ‘Reissue! Repackage! Repackage!’ process can continue. (And yes, I’m aware that Morrissey is a credibility void on many subjects these days, but the lyrics to ‘Paint a Vulgar Picture’ remain prescient nearly thirty years later).

At this point, it’s only fair to point out that I’m entirely complicit in this culture of the reissue, because for years I’ve lapped up deluxe versions of records I love, and I continue to do so. It’s also only fair to point out that our subjects, Pavement, are far from the guiltiest antagonists in the milking of the discography, so if I'm prepared to go a little easier on them, it's based at least partly on a slightly perverse gratitude for them not having ripped us off as much as they could have. The strength of that back catalogue means that they and Matador could have very easily extracted from me and my ethically conflicted brethren a lot more money for old rope than they have to date. They've only really ventured once into the lucrative legacy market so far, and that was for a particularly lovingly assembled expanded series of four of their five albums.

Their second foray into their archives comes with an extremely smart title in The Secret History. That’s sure to tickle the saliva glands of Pavement fans across the world, isn’t it? Not many other bands have as rich a collection of songs that never made it onto albums, and, loath as I am to typecast an entire fanbase, they’re the sort of band who attract devotees rather than casuals. The premise of the five part Secret History series centres around upgrading the bonus materials on the previous album re-releases to vinyl compilations in their own right, apparently including Terror Twilight, which was mysteriously forgotten in the batch of CD repackages.

All that being said, it’s a bit disappointing that there’s nothing on Volume 1 that wasn’t on the expanded Slanted and Enchanted, which extends to the liner notes from Malkmus and co which are lifted from the last reissue. However, if you’re able set all this stuff aside (and/or don’t already own the deluxe CD), then the quality of the material on Volume 1 renders it a success in its own right. To start off the collection with a one-two of ‘Sue Me Jack’ and ‘So Stark (You’re a Skyscraper)’, a pair of songs which are pretty off-kilter even by Pavement’s standards, before the 7-inch version of ‘Summer Babe/Baby’ kicks in is a move which feels pretty typical in its audaciousness. It’s a bit like the opening scene of the Andy Kaufman biopic Man on the Moon where Jim Carrey pretends that the film is actually over in a bid to ‘get rid of the people who don't understand me, and don't want to try’. This playful juxtaposition characterises much of the rest of the first third of the record, with the more haywire stuff sitting happily alongside the likes ‘Baptist Blacktick’ and ‘My First Mine’, b-sides and EP cuts which are more direct and urgent than most bands’ singles.

If the non-album studio recordings are the main attraction here, the other bits and pieces are enjoyable enough too, including a lovely Peel Session version of ‘Here’. The 13 live tracks from Brixton Academy in 1992 which conclude the record are great, providing a fantastic snapshot of what an early Pavement show must have been like. Right now it doesn’t seem terribly likely that they’ll play together again any time soon, which makes the recordings of the likes of ‘Fame Throwa’ and ‘Two States’ as close as we’re ever likely to get to the pure energy which is captured here.

Ultimately, I guess what The Secret History, Vol. 1 means to you will depend on what exactly you’re looking to get out of it. As an alternative introduction to one of our greatest bands, or a gateway towards getting to know them a little better, it is excellent. If you’re a superfan already, then the novelty of having this particular collection of songs you already own in a nice gatefold package is about as far as it will go. I don’t know, maybe that’s enough. In spite of everything that’s been said, it probably is for me, but don’t you worry, I feel suitably guilty about being part of the problem.