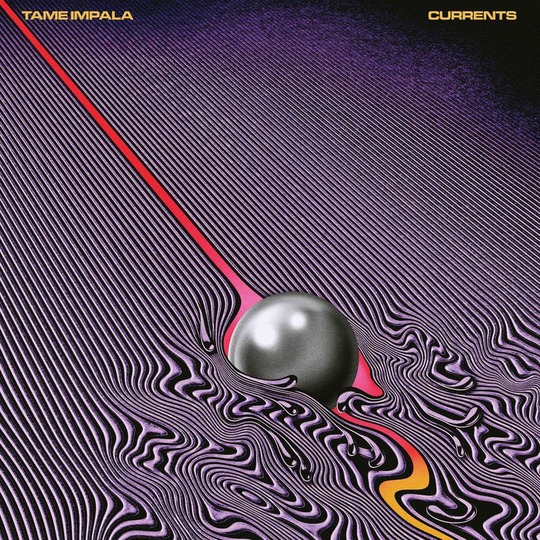 Sorry for the wait. Kevin Parker hasn’t issued an apology, Lil Wayne-style, for the longest period yet between Tame Impala albums, but after 2012’s game-changing Lonerism, there has been a certain, shall we say, clamour for more. Amidst the swirling mass of critical acclaim that that record received, Lonerism propelled Parker to international recognition (a few steps away from genuine, household fame), landing him and his four-piece live band huge festival slots, high-profile TV appearances and top-table status in the guitar-band world.

No pressure, then, with the follow-up. This isn’t to dismiss the impact that Tame Impala’s remarkable full-length debut Innerspeaker (or indeed the self-titled 2008 EP) made – but, in the post-Lonerism age, there are significantly more eyes on Parker’s next move than before. Shit, some people even took an interest in Mark Ronson’s latest album simply because Parker co-wrote three of the tracks (‘Daffodils’ was rather spectacular though, wasn’t it?). But it wasn’t enough.

And so all roads led to Currents - a notion that was considerably accelerated by the reveal of the indomitable ‘Let It Happen’ in March, followed by three more mouth-watering singles over the next two months - delivering the fix of psych-rock that we’d all so desperately craved. Or so we thought. 'I heard The Bee Gees’ "Staying Alive", a song I’ve heard all my life, and it had the most profound emotional effect,' revealed Parker in an interview with The Guardian recently when quizzed on his inspiration this time round. 'I’m getting butterflies just thinking about it. At that moment it had this really emotive, melancholy feel to it. The beat felt overwhelmingly strong and, at that moment, it sounded pretty psychedelic. It moved me, and that’s what I always want out of psych music. I want it to transport me.'

This transformative experience happened to Parker in the back of a car in L.A. whilst sky-high on a mixture of mushrooms and cocaine, and, although he later went on in that same interview to stress that he doesn’t always need drugs to find his inspiration, that revelation has unsurprisingly been a major talking point surrounding Currents’ trickling release. Already in possession of a falsetto, the question was thus: just how indebted to Barry, Robin and Maurice would Parker be?

Well, judging solely from the aforementioned ‘Let It Happen’, not entirely. A behemoth of an album opener that gloriously stomps its way through nearly eight minutes, it ranks as highly as one of Parker’s best compositions. Key moment: the segue into the latter of the song’s two parts as the track sticks, suspending your quest for listening nirvana oh so briefly, before some uplifting Random Access Memories-type synths ring out, and the driving drum beat re-joins, hungrier than before. A typically awe-inspiring structure, you can imagine ‘Let It Happen’ opening Tame Impala shows for years to come; Parker and his highly-adept band manipulating its outcome à la ‘Apocalypse Dreams’.

The Gibb Influence, as we’ll call it, appears most prominently on Currents’ most disco-aping numbers, namely ‘The Moment’ and ‘The Less I Know the Better’. Both tracks envelop the listener within their respective juddering drums and twanging basslines, sending nerve signals from ear to brain to the base of your body; that unconscious foot-tapping the prelude to whipping out your inner Travolta. “I fell in love with the sound of my heels on the wooden floor” coos Parker on the former, whilst the latter comes across like a gentler cousin of ‘Elephant’ through its scrunchy riff.

“Oh, sweet darling, where he wants you / Said, ‘Come on Superman, say your stupid line’” – a notable theme of Parker’s lyrics throughout his records is his internal dialogue, typically passing off wry or candid observations on the social scene he orbits, as well as the trials and tribulations of love. The above, from ‘The Less I Know the Better’, is a fine example of his poetry in motion; a couplet about unrequired love that deserves an almost-forensic level of critical unpacking. ‘Past Life’, meanwhile, heavily utilises this lyrical device to unite these themes: Parker pitch-shifts his vocals to Tyler, the Creator levels as he recounts seeing (and then calling) “a past lover” in a very mundane scenario – “I was picking up a suit from the dry cleaners” – and, in the process, turning it into a very ‘A Day in the Life’ exercise.

Elsewhere, there’s the balladic double of ‘Yes I’m Changing’ and ‘Love Paranoia’, which may run a bit thin after a few hundred listens and the realisation that you’ve no-one to slow-dance to these songs with. Notably, neither track uses much guitar: are Tame fans going to be disappointed by the relatively short amount of time that Parker appears to have spent on his axe here? After all, ‘Disciples’, arguably the most riff-driven track on Currents, doesn’t even make it to the two-minute mark, whilst album closer ‘New Person, Same Old Mistakes’ only submits its will to the fretboard after a lengthy synth-led exercise (and a reappearance of that troubled inner dialogue) - and even then the guitars are fed through a typically-fuzzy filter. It’ll be a potential sticking point for some listeners, particularly if you’ve already found yourself unwilling to acquiesce with Parker’s current creative trajectory.

Recorded entirely at Parker’s beachside home in Fremantle (near Perth) – revelling once again in solitude, he’s described his three-room recording studio set-up as being akin to 'a cockpit' - the picturesque surroundings of his creative space were revealed in a behind-the-scenes video on the Tame Impala YouTube page: at one point Parker is captured staring out to a twilit sea on his deck, a speaker balancing on its edge, presumably seeing how his music interacts with the outside world. It’s an apt image for the experience of listening to Currents: this is a record that demands your reflection and immersion, rather than just mindlessly wigging out. Whilst that may be disappointing to hear for some, it doesn’t take too much away from the latest stage of this 29-year-old’s fascinating career.