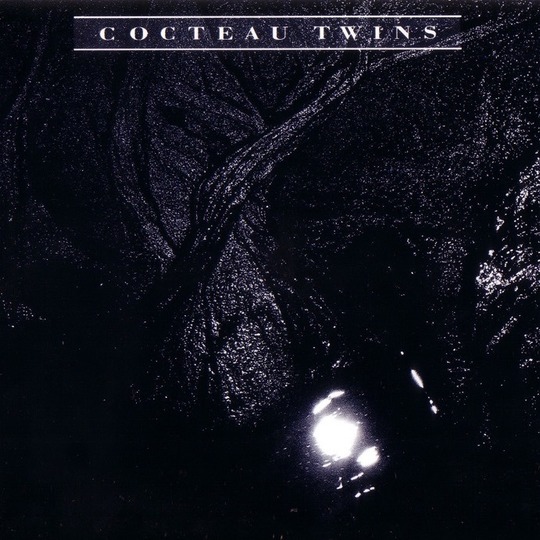 Forget what the cultural naysayers might tell you, the Eighties really was a wonderfully innovative period where music is concerned. The Cure, Sonic Youth, The Fall, The Jesus & Mary Chain, Talking Heads, U2, The Smiths and an endless cast list featuring dozens more hit their creative peak during said decade. Even that much derided term 'pop' can boast gems like Madonna, Prince and Duran Duran compared to the faceless EDM and identikit R&B of today that sounds like its just fallen off The Generation Game conveyor belt. Halcyon days indeed.

One of that decade's most unique and influential acts were the Cocteau Twins. Even today their music sounds like nothing else, so imagine what it must have felt like for an impressionable teenager who'd just started comprehensive school to hear the glacial tones of 'Pearly Dewdrops Drops' blasting from the radio during the Easter holidays.


Back then, Smash Hits was as important as the NME or Melody Maker simply because they printed the lyrics to almost every song in the charts or on the Radio One playlist. However, despite purchasing the magazine for several months, 'Pearly Dewdrops Drops' appeared to be the one track whose words didn't make it onto their pages. Of course we had fun trying to decipher what Liz Fraser was saying even if none of it appeared to make any kind of grammatical sense.

Nevertheless, that song opened doors into new sonic territories for me. If punk had been the icebreaker and goth the serious older brother teaching me the facts of life, the Cocteau Twins felt like a gateway to another plane of existence altogether. A world separate from this one.

Which is kind of where The Pink Opaque comes in. The authorities may have decreed that home taping was killing music but for me and many others from our generation it provided an introduction to new music. Much in the same way that streaming does now except with a tangible means to an end. Exchanging blank C90 cassettes with friends was as much about the surprise as it was asking for a specific album. So when The Pink Opaque came back one Monday morning before double RE it was met with a wide eyed grin of excitable jubilation.

Of its ten songs, three would already be familiar courtesy of the 'Pearly Dewdrops Drops' 12-inch. Remarkably, that single gatecrashed the official singles chart back in April 1984, eventually reaching the dizzy heights of number 29. Back then, b-sides were an essential part of a 45 package rather than exhaustible filler or pointless remixes. And the two accompanying pieces on that record certainly fell into the first category. Album opener 'The Spangle Maker' showcases the inimitable talents of Liz Fraser, a voice that would become instantly recognisable and synonymous with vocal perfection over the next three decades. Bathed in Robin Guthrie's distinctively exquisite guitar sound not to mention the understated palpable rhythm supplied by bass player Will Heggie, often the band's driving force on those early recordings. 'Pepper Tree', also taken from that EP provides the album's penultimate piece. Bringing up the rear on side two placed between the flawless couplet of 'Lorelei' and 'Musette And Drums' - arguably two of the finest artefacts among the Cocteau Twins' impeccable back catalogue never mind being the stand outs here - it finds itself a little understated due to being among such illustrious company yet when all's said and done, is no less important to such a wonderful collection.

Indeed there's not a single second on The Pink Opaque that feels wasted. 'Millimillenary', the one anomaly on the record (if you can call it that) by way of it not featuring on any previous release heralds a new chapter in the Cocteau Twins story by way of being then-new bass player Simon Raymonde's first recording with the band. 'Wax and Wane', the earliest recording on the album dating back to 1982 still sounds as fresh and invigorating today as it did back then. Likewise 'From The Flagstones' and 'Hitherto', both lifted off the band's third EP Sunburst & Snowblind. The oldest track on here, 1985's 'Aikea Guinea', leans towards a more textured, ambient sound that the band would carry forward through the rest of the decade. Missing the Top 40 by one place, it cemented their status as a cult act, albeit one whose popularity would grow rapidly over time.

That The Pink Opaque was initially put together and released in January 1986 as an introductory compendium for the American market tells its own story. Among the predominantly British sounding acts of the day trying to pave a transatlantic path to success were this Scottish outfit that sounded like they resided in a different galaxy altogether. It's been repeated many times, and with good reason, that The Pink Opaque represents a perfect entry point for the Cocteau Twins. Everything contained on this pivotal release is essential listening, whether it be for fans old or new.

The other two reissues released as part of the same vinyl campaign, Tiny Dynamine and Echoes In A Shallow Bay, date back to the same time period. Originally released within a fortnight of each other at the back end of November 1985, they were often cited as companion pieces that eventually paved the way for the band's fourth album Victorialand six months later. Although not as immediately accessible as the material contained within The Pink Opaque, both serve as an exemplary representation of a band in transition. Still ultimately finding their sound while experimenting with more outlandish sonic textures, the two EPs find themselves married together on one piece of vinyl for the first time.

Astoundingly the recordings that comprised Tiny Dynamine or Echoes In A Shallow Bay were never intended to be released in the public domain. Instead, they were initially conceived to test the production capacities of a studio they'd decided to use for the first time. The experimental nature of the eight compositions that make up the two EPs is perhaps best highlighted by 'Ribbed and Veined', the second track off Tiny Dynamine which takes on a fully instrumental guise. Although Robin Guthrie would later go on to compose a number of pieces in this vein, mostly after the Cocteau Twins' split, it was something of a rarity for them to record without Fraser's vocal at the time.

Lead track 'Pink Orange Red' is perhaps the most formulaic of these pieces - if there was such a thing in the Cocteau Twins' make-up - by way of Fraser's characteristic play on words over Guthrie's trademark guitar sound that builds into a layered wall of sound by the song's finale. Elsewhere, 'Plain Tiger' and 'Sultitan Itan' demonstrate a more repetitive nature that might suggest their influences at the time may have included the likes of Faust or Can. Once again augmented by what was fast becoming one of the most distinctive voices in music, Tiny Dynamine would possibly have been remembered as the most awkward remnant in its creators' canon were it not for the accompanying Echoes In A Shallow Bay released exactly two weeks later.

More off kilter than their previous output, there's little doubt each of the four pieces that make up Echoes... could have slotted into Victorialand's complex structure with consummate ease. 'Great Spangled Fritillary' and 'Melonella' delve in widescreen soundscapes rather than traditional song structures while 'Pale Clouded White', although simplistic in parts, also treads a more expansive path than many of its predecessors. Predating Loveless by six years, it's a record that many artists in thrall to the sounds My Bloody Valentine conjured up on their pièce de résistance would end up depicting as a reference point. The embryonic roots of a movement later to be known as shoegaze.

What came next undoubtedly bestowed their wares upon a wider audience but for a clearer understanding of the band's metamorphosis, both these reissues are worthy of anyone's time and money.

Reminiscing about a past that ultimately defined the future. Now where did I put those dusty old mixtapes...? 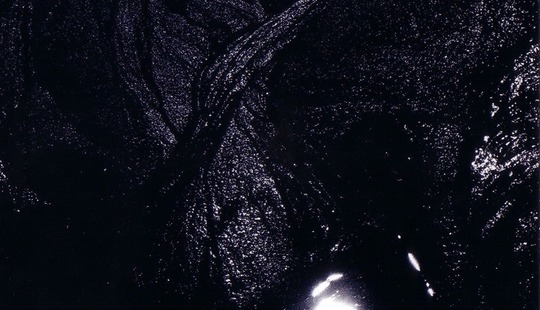