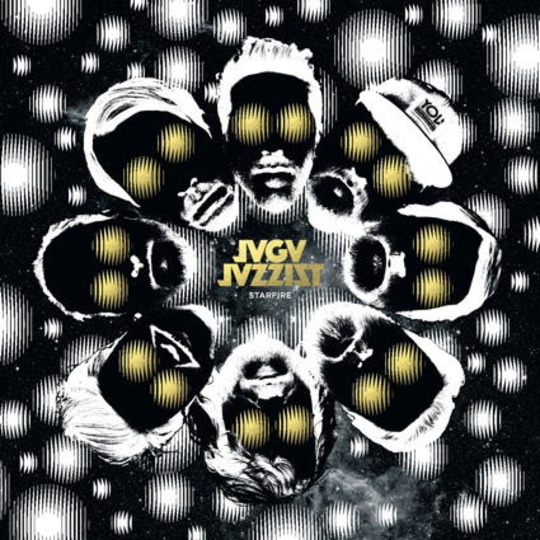 Norwegian space-jazz octet Jaga Jazzist are adept at making dynamic compositions, but new album Starfire really rides the interstellar surf. Recorded in an LA studio rather than their native Oslo, Starfire has a frenetic energy and a significant dose of digital-love, with keyboards and squelching synthesisers taking the front seat and pushed way up into the mix.

By finessing their jazz and post-rock foundations with spiralling reels of glitch-electronics, Starfire is their most bombastic album yet and occasionally it needs to be turned down to be fully appreciated.

From the eight-minute title track opener, the record begs to be listened to through headphones, the superb, pumping drum work of Martin Horntveth keeping up admirably with roller coaster swirls of programmed electronics and sumptuous arrangements. The song flutters and spirals with the same love of Peaches And Regalia that we’d expect from the band, but now there’s noisy synths instead of flute lines and the track shuts itself down to reboot and refresh. It’s an exhilarating listen that can be overwhelming in parts, such is the intensity and dense layering of glorious noise.


This is followed 'Big City Music', a 15-minute opus that could soundtrack Sonic the Hedgehog on a rampage through Tokyo – widescreen hyper-realism in musical form. Just over halfway through the track a breakdown, of sorts, emerges that could perfectly announce the impending arrival of an end-of-level baddie, before the track rolls into an escalating series of string-quartet flurries.

It’s a testament to the compositions that if listened to loud this is an assault, but if listened to outside of the confines of volume, this becomes meditative, spacious, invigorating. 'Oban', in particular, really benefits from taking a degree of detachment - an odd approach to take when listening to an album, admittedly. When 'Oban' is pumped out, it really swings; rolling keyboards underpin reeds and xylophones build and recede. But when left to seep into a room, this is jazz like no other, at once classic and futuristic, a strange and alien force. Hooks and refrains disappear and re-emerge from unusual places and when one particular string segments swells from within a floating, lost black hole of ambience, it’s a definitive moment for the band. The band that sounded in awe of Stereolab on One-Armed Bandit has gone, Jaga Jazzist is now a band Stereolab would have to aspire to be. Starfire documents an incredibly talented band pushing themselves - and succeeding.

There probably won’t be a better instrumental album than this in 2015. It will certainly be one of the most inventive, delicate and fearless records the year will offer