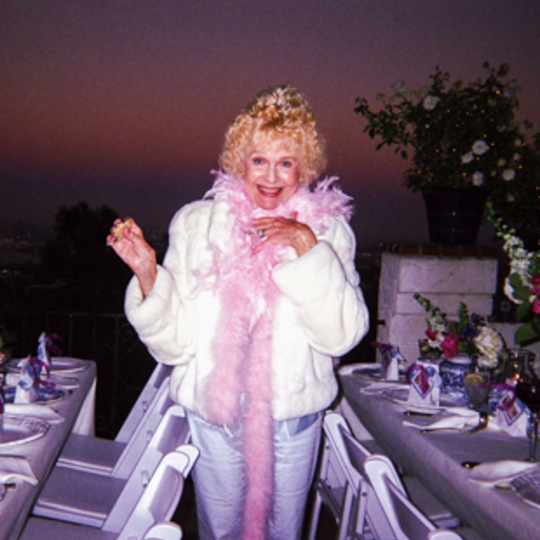 It's hard to believe that Glider is only Heather Woods Broderick's second album. The first, From the Ground is now six years old, and remains the only thing she's ever committed to tape using her own name. So, with such a massive gap in-between albums, and on the dreaded 'difficult second album' at that, the stakes are pretty high. Thankfully though, Glider delivers.

Her first record shared her brother Peter's uncanny knack for producing the kind of melody that breaks your heart, mends it, breaks it again, then warms your soul all in the space of four minutes. They were simple songs, played on acoustic guitar or a piano, recorded in what sounded like empty warehouses at 3am, and layered with a voice that had a otherworldly, celestial glow - it was raw, bruised, yet hauntingly beautiful. But then, she just kind of disappeared.

Six years on, and Glider is a stunningly mature, accomplished record. On the face of it, the elements that made her such a unique voice are still here - the gentle coo, the floating backing harmonies, and the lo-fi guitar plucks. But she's taken those elements and taken them into new sonic territory. If her last was a pean to empty, brittle space, Glider feels closer, more intimate, and infinitely warmer. It's an album that slowly reveals itself over multiple listens, and if you really delve into it's myriad charms, what you discover is a world of graceful beauty and adventure.

The melancholy is still very much there, and there's a heavy heart behind Glider - the keys never stray too far from minor ones, and all still have that yearning, that pulling of the heart, which is none more apparent than in 'Mama Shelter' - a hazy, dreamlike affair full of Space Echo'ed dub drums and iridescent guitars. Gone are the lo-fi, scratchy acoustic recordings, and within the album there's a more experimental production - you can feel the heat of some imagined LA desert recording studio circa 1978, as each song seems to drip from the speakers - there's not much in the way of crystal clarity, but that's not the point of this record - it's as obtuse, dreamlike and saccharine slow as the emotions she's singing about.

I'm never really one to pay that much attention to press releases, but kudos to whoever wrote the one for Glider, as a passing reference to Stevie Nicks hit the nail on the head and cemented the mood I was trying to evoke. The most obvious Nicks reference appears in 'A Call for Distance', with its barely-there jazz drums, hovering behind the expansive, chorused guitars and the Juliana Barwick-esque layered backing vocals. It's a sun-drenched tribute to lost love, and floats on a wistful melody whilst retaining a heart wrenching emotional power.

This new production really lends itself to her style - the delays and reverbs bounce around the speakers, and the tight, almost claustrophobic feel, gives her voice extra resonance and power. It's music from an alternate Seventies, with tiny, zipping fragments of synth just about creeping throughout the album, amongst her folksy drawl and the thick ambience of her backing vocals.

Elsewhere, the scorched, epic crescendo to 'Wyoming' feels like her emotional catharsis put to record, and the title track sees her return to the piano, echoing that honeydripped voice over a simple piano figure, but this being a Heather Woods Broderick piece, it's just enough to completely melt your heart in the space of three-and-a-half minutes. Closer 'All for a Love' is the most love-lorn thing on here, and joined by a slow jazz band backing, she lays her heart open, to the twang of a Fender twin's spring reverb: "there's a lot to love for, lover - why should you wait it out, when I can see our love is dragging you across the ground?"

A happy-go-lucky record this is not, and you'd be forgiven for thinking that something this emotional would be completely unlistenable, and in lesser hands you'd probably be right. Broderick, however, is a more talented writer than most, and so has crafted something so exquisitely mournful, it's hard not to drift along with her.

The weight of it all means it could be quite impenetrable for some, and it nearly crashes under it's own heaviness sometimes - but for those of us with a melancholic heart, this could be our record of the year.