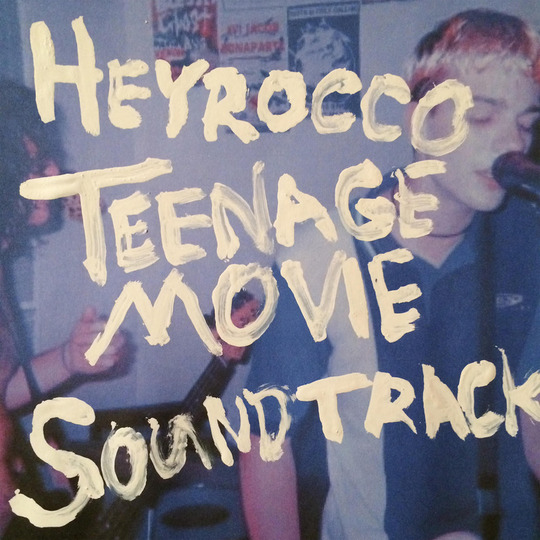 It’s probably a similar situation for most people who write about music, but in an occasionally chaotic inbox, certain welcome phrases tend to jump right out of press releases. In particular, I’ll always be a sucker for anything which describes itself as ‘Nineties-inspired’, especially when words like ‘grungy’ are lobbed into the mix too. (A little hint there for any PRs who might be reading). This brings me on to Heyrocco, a trio of South Carolinians whose debut album Teenage Movie Soundtrack comes adorned which those particular phrases I find so mouthwatering.

It starts off promisingly enough. ‘Loser Denial’ opens with a vocal reminiscent of Conor Oberst, before a sea of power-chords carry the song away, brimming with an energy which is one of the most positive features of the record as a whole. Likewise, ‘Virgin’, turns into something pretty blistering, bursting into a frantic squall of guitar which conjures up memories of some of Muse’s early work.


Sadly though, before too long it all just starts to grate a bit. In a similar way to the aforementioned Devonshire alien-botherers, the overwrought vocals quickly become infuriating. Perhaps Heyrocco could get away with this if it wasn’t for the fact that lyrically it’s all a little bit clumsy and juvenile in a way which is entirely at odds with the apparent earnestness of the delivery. Once you really start to pay much attention, it’s difficult to prevent the odd cringe at laments like “The awkward long apology / much longer than the sex” or the clunky rhyming of ‘Elsewhere’: “I don’t know what the harm is / in staying for just one hour / I’ll have you back before / your family’s heads get sour”.

All that said, it would still be unfair to describe Teenage Movie Soundtrack as a bad collection of songs. For their flaws. Heyrocco are clearly very well schooled in the art of constructing a catchy piece of modern pop-rock music, so it’s very easy to imagine them enjoying a sizeable audience. The album does also enjoy the odd moment of respite from the cloying over-emoting, particularly in the jangle-pop diversion of ‘Santa Fe (Another Stupid Love Song)’, and perhaps a couple more moments like this could have made for a more likeable long player.

Once you’ve spent a bit of time in the company of Teenage Movie Soundtrack, you begin to suspect that Heyrocco weren’t aiming for any degree of irony with its title. This is a record which you could very easily imagine soundtracking a Hollywood blockbuster featuring scores of unfeasibly attractive youths murdering each other at a pool party. If that’s what they’ve have gone for, then well done to them, because it’s mission well and truly mission accomplished. The problem for me, though, is that in spite of (or perhaps because of) all the angst and melodrama, it all just leaves me cold. Musical history is peppered with proof that it’s possible to love an album which is set in a completely different world of your own, but too often this one leaves me feeling like a particularly uncomfortable interloper at someone else’s party.