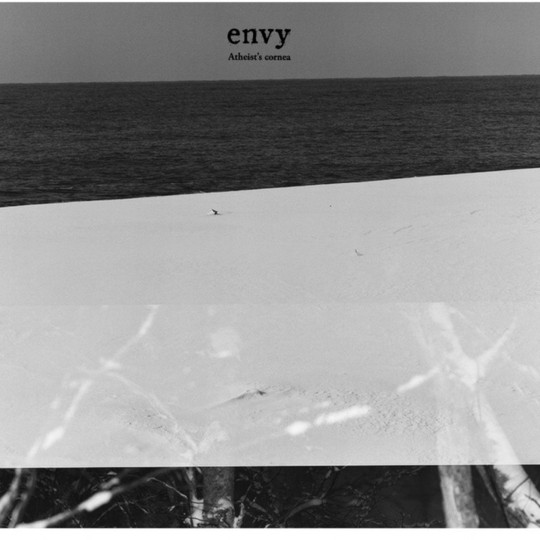 There was a time when Envy were tremendously exciting. From their energetic hardcore/thrash roots, committed to tape in the form of their inconsistent but at times furiously enjoyable early releases, to the evocative emotional 'post-screamo' sound they adopted from 2001’s All the Footprints You’ve Ever Left and the Fear Expecting Ahead onwards, Envy were always dynamic enough to engage. Even as an increasing tendency towards noodling atmospherics threatened to overbalance the group’s sound by the time of 2007’s ]Insomniac Doze, Envy remained a distinctly captivating outfit.

Today the template that Envy put together is clearly inspiring numerous acts throughout the metal world – Deafheaven spring to mind – but the band’s last album, 2010’s Recitation was a distinctly underwhelming affair. In fact, as Atheist’s Cornea sadly testifies, it was the sound of a band seemingly unable to conceive of a comprehensive way to take their sound forward after numerous years of fine tuning.

What was most disappointing about Recitation was not its apparently blasé attitude towards musical progress but a more pervasive staleness that implied, ultimately, that a lack of quality songs was proving more problematic for the band than anything else. Whilst that record still ended up being perfectly acceptable, the jury is out whether the same can be said about Atheist’s Cornea. The material presented here is unbelievably pedestrian at some points, and just puzzling at others. ‘Ignorant Rain at the End of the World’ sounds like it’s aiming to end up somewhere near La Dispute or Pianos Become the Teeth, but its bouncy lead riff makes it sound more like a humourless Kvelertak. ‘Shining Finger’ suffers from the same paper-thin guitar tone, and over-reliance upon strings, of some recent Mono records. ‘Ticking Time and String’ could sound massive, but instead the production lends it all the structural integrity of a wet papier-mache volcano.

There is the odd convincing moment. ‘Two Isolated Souls’, in particular, manages to be direct its passion into something concretely powerful, but for most of its duration Atheist’s Cornea is ineffective and directionless. The core problem, perhaps, is that the record fails to deal with Envy’s issue of commitment. If the band was to progress from A Dead Sinking Story or Insomniac Doze – or indeed Recitation – on some level a greater commitment needed to be made to either of the two approaches at the heart of the band’s sound. Yet here there’s little development of the atmospheric post-rock elements of that made Envy such an interesting band a decade ago, and now the screamo elements now feel watered down and exceptionally tired. Partly this may be put down to the increasing feeling of redundancy attached to both genres. The post-rock world is oversaturated with bands trading in increasingly limp sonic landscapes, whilst screamo – having enjoyed a worthwhile revival a few years ago – seems to have sunk back into lethargy.

There certainly isn’t anything on Atheist’s Cornea that is set to contribute to a revival of either style, or that indicates promising times for the band in the future. This is a record that feels alarmingly lacking in purpose from a band whose glory days are now a good decade behind them. This one is for completists only.