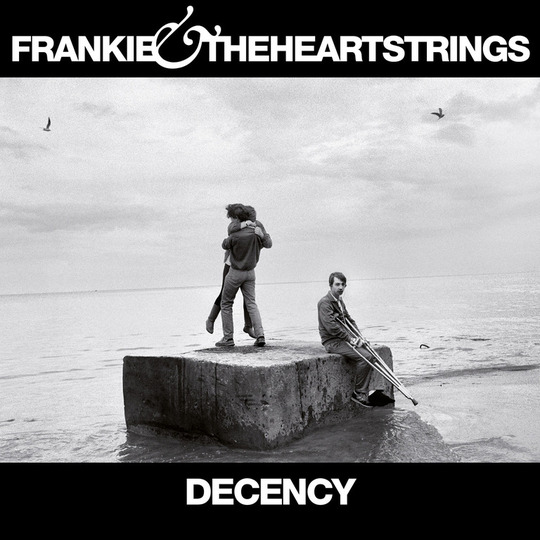 Having marked the release of their second album The Days Run Away by opening a pop-up record shop for a fortnight, Frankie & The Heartstrings will be repeating the process for their new record Decency. That glib little sentence doesn’t even tell a fraction of the story though, because what has happened in the intervening period is a life-affirming tale of a small group of dedicated people working their arses off to make their home city a better place for people.

The initial idea of Pop Recs Ltd Mk I seemed on the surface to be a fun and imaginative little gimmick geared towards finding a solution to a problem faced by all bands, namely the perpetual struggle for people’s attention. Against oppressive odds, though, the shop survived two years, putting dozens of gigs, and delivering bands like Franz Ferdinand, The Charlatans and The Cribs, who quite simply wouldn’t otherwise come to Sunderland, to its derelict tourist office free of charge or unfeasibly cheaply.

More than that, though, it became a completely vital community resource for a city which sorely needed it, hosting toddler groups, poetry nights and providing a space for skint kids with second-hand guitars to come and sit down for a natter with professional musicians. After the council sold the building recently, the broken doors of Pop Recs Ltd’s first premises were poignantly forced shut for the last time and the shop is springing up again elsewhere, apparently on a genuinely short-term basis this time while the Heartstrings find a new permanent home for it.

Such is the importance of their work with Pop Recs Ltd, you could almost forget that Frankie & The Heartstrings are still a fully functioning band in their own right. This time out they’ve beefed up a bit musically by recruiting Futureheads guitarist Ross Millard and Mike Matthews of Sky Larkin and seminal noisy Mackems This Ain’t Vegas. While their presence is noticeable on Decency (particularly in the riffs of the former), it’s still unmistakably Frankie & The Heartstrings and if you weren’t ever a fan, then chances are this probably won’t convert you, but I imagine they’re probably okay with that.

Like their previous records, Decency is at its best when Heartstrings are indulging their knack for straight up, grin-on-its-face pop music. ‘Think Yourself Lucky’ encapsulates this, perhaps better than anything they’ve ever recorded so far, with its pastel suited video and impossibly sunny bursts of brass. ‘Money’ is a similar story too, both musically and in mood, an irresistible sugar rush of a pop song powered by a sax solo and the purest sense of fun. Sure, the odd song like ‘Balconette’ might drift by relatively unnoticed, but it will invariably be shouted down by another bracing blast of pop like ‘Someday Anna’ or ‘Save it For Tonight’.

Decency’s most unexpected triumph is probably its slow-burning centre-piece ‘Hate Me Like You Used To’. It’s beautifully downbeat lighters-in-the-air stuff, which gently grows from a plaintive opening melody into a full-on widescreen torch song. Like most front-people, Frankie Francis’ vocal and general presence is key in whether or not you’re going to like his band, but there’s so much emotion in his delivery that it’s difficult not to be moved by it on songs like this.

If Frankie & The Heartstrings haven’t quite got the credit they deserve from the wider world so far, it may have a lot to do with the fact that the passion and personality they exude onstage or across a shop counter has never quite been fully captured on record. However, Decency marks the point where this changes, because it’s an album which is positively bursting with life and character. ‘Use it or lose it’ was an appropriate maxim for Pop Recs Ltd, and it’s no less apt when applied to their band. Enjoy their indie-pop fun because one day it won’t be here and you might just realise this stuff’s a hell of a lot harder than it looks.