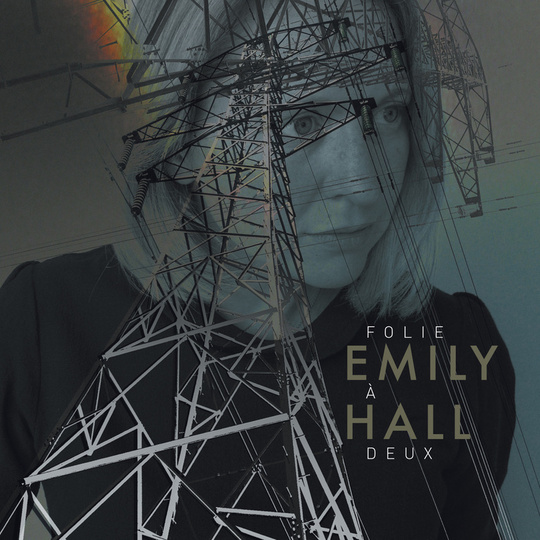 I think, to some degree, we all feign a level of understanding when discussing or immersing ourselves in fine art and serious thought. Either that, or we just don’t come into contact with it on the grounds ostentatiousness. When Satre talks about anguish and despair in an existentialist sense, or we stumble across a platonic discussion on the definition of truth at what must be the world’s most arid and drug-less party, huge chunks of the subject inevitably fly over the average person’s head. The essence of what is being said can be grasped, but a great understanding is for the experts and the rest of us must feign appreciation, or just ignore it all together. This is how I feel about opera. It soars over my head in a whirlwind of misunderstanding and under-appreciation, perhaps because I have never really thought of it as very interesting.

Emily Hall’s Folie à Deux, translated to ‘A Madness Shared By Two’, is a concept album and the soundtrack to an opera of the same name, which explores the psychological abnormality of two people sharing the same psychosis. Perfect then, for me to review.


Hall is an award winning composer of classical music, who has had her pieces played by the Duke Quartet, the London Symphony Orchestra, the Brodsky Quartet, the London Sinfonietta, and the Philharmonia. She is seen as one of the leading composers of twenty-first century classical music by her contemporaries and utilises electronic sounds as well as antiquated instrumentation, so there is no doubt about the talent she possesses. Nevertheless, as I listen to Folie à Deux, it becomes increasingly difficult to remain focussed. There is no immediacy to the sounds that emit from the album and I am resigned to procrastination and Buzzfeed quizzes. Apparently, I can survive a day in the life of a house cat! I’ll add that to my resume, just under the useless information about my degree that has been taking up so much important white space.

In all seriousness, if you do take time to consider the music that Hall has produced, it is intriguing and beautiful. It is full of delicately entwined vocals which intersect across each other and includes the harmonious partnership of classical music and minimalistic electronics – something that, to my mind, is rarely attempted to the same degree. It also follows stringently to a well-navigated theme of insanity; the main characters both convinced that a newly erected pylon outside their house is talking to them. “If you listen, listen closely…it is saying such wonderful things…” the male protagonist sings on ‘Wonderful Things’. The song acts as a turning point, where the aural hallucinations are beginning to osmose from one person to another. However, it remains lacklustre in its power.

For all of its inventiveness and creativity, it has forgone entertainment. Large proportions of the lyrics are unfathomable – I spent hours trying to decipher the repetitious “3x5x3+3” hook in ‘Ode To The Pylon’. I’m sure the number 48 has some profound significance, but it eludes me despite my incessant Googling. Perhaps – in fact definitely – I am not the target audience, but it seems to me that the concept overshadows the actual music. Granted, this was made as a part of an opera and as an opera, I’m sure it makes more sense, but as an album on its own, it remains too grandiose for my base tastes. By all means, check out the opera on stage, but as an album this falters on too many levels; the principle one being that it can be a chore to listen to.