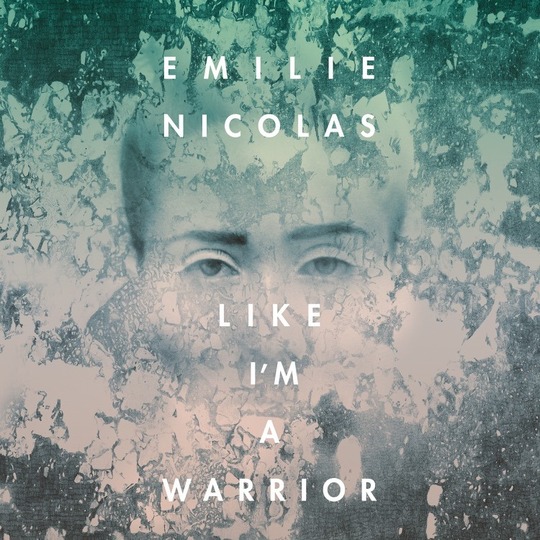 Emilie Nicolas likes to sketch. But not drawings, you understand. Nicolas draws scenes with music.

Ostensibly, Like I’m a Warrior looks like an ordinary pop record. '#1 in Norway', after all. A singer with an ethereal voice, faint dubstep rhythms staggering underneath, bright synth sheen. Sure. But there’s an intimacy to this record that blossoms in headphones. It’s kinda like FKA Twigs’ sultry debut LP from last year, but not so steamy, not like you’re peeping behind the shower curtain or creeping into a bedroom in spite of the 'DO NOT DISTURB' tag on the door. Nicolas draws a world of sunlight, where every blade of grass stands out sharp-like against each other, and the cloudless sky above blazes so bright that it could blind you.

No wonder, indeed, that Nicolas’s fans balked when the crystalline croon 'Nobody Knows' vanished from her SoundCloud page last year. Unwinding sweetly with a stretched-out beat and stand-up bass, the song suddenly slips into a faster tap, then slides into a shimmering web of voices and pulses. No wonder, indeed, that Nicolas insisted in an inteview last year that the take-down was on purpose:

'I get so many mails saying, “I don’t know if you’ve noticed but you’ve removed the song…” They talk to me like I don’t know what I’m doing, like I’m on another planet or something but I know! It’s because it’s coming on my album!'


See, Nicolas isn’t the fey creature that these emails would lead you to believe. From her sketches emerge beguiling structures, faintly familiar but never quite so, rich with humming details that dance like cells under the microscope. With 'Melancholia', Nicolas and her drummer Eivind Helgerød display a mastery of climatic shifts, slipping from a steady padding to a dubstep stagger to a rigid thump while retaining the withdrawn nature of the lyrics: “Let me lie here / until the sun dies.” It’s the kind of sadness that’s sunk in for months, not the weeping-in-the-bathroom kind but the jaded eye kind, the sadness that grants a wider vision of the world, the patience to wait for it, the humility to succumb and embrace it.

As 'Melancholia' implies, Nicolas muses about issues within and without herself. In the dreamy 'Grown Up', you can hear in both the glitchy blips and her wavering voice that each claim about her maturity comes with an ounce of doubt: “ I don’t miss who you are, I’m a grown up…I don’t need your love, I’m a grown up”. Given this lovely tinkering and pondering, the multi-tracked chorus almost sounds like too cheap a climax – but then, Nicolas was thinking about her father when she wrote this, so one could excuse her if she gushes too much.

The careless listener might also fault 'Pstereo' for sounding too easily anthemic, like Lorde without the social commentary, or Katy Perry without the Technicolor Egyptian CGI, or Sky Ferreria without the knife. But that’s a bit of a fluke – Nicolas was asked to write the song for a local festival of the same name, after a hit from Norwegian rockers Dumdum Boys. It’s the most likely single on the album, the go-to love ballad with the familiar pauses and the huge swooping vocals, but still the tiny tweaks and stutters hide in the crannies.

At any rate, that’s not what Nicolas wants to be. Her more cinematic bent shines elsewhere on 'Charge', a graceful death threat; or 'Us', a shimmering renouncement of a former love; or the snarling 'Fail' with its thick wobbly bass, head-slamming chops, and the dazzling electro change-up. After these tracks, the LP’s title starts to make sense: there is a core of steel under Nicolas’ writing. Every little tweak, every flourish of her voice, every shift comes from a quiet assurance. And that makes everything glow. Nicolas certainly doesn’t stray far from regular pop forms or conventions, but her fine ear for detail and restraint distinguishes her from her melodramatic peers.