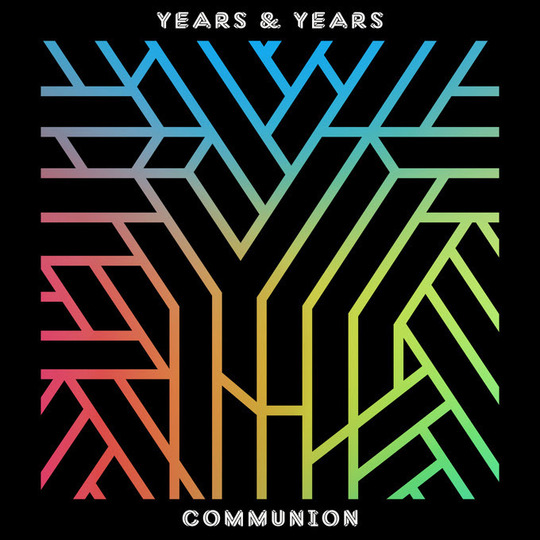 So it turns out that 2015’s great pop hope, Years & Years’ Communion, is an exercise in patience. Patience in sticking with an album for ages, in the hope it will click. And Communion does eventually click… it just really seems to take its time getting there.

There are vague hints at twisted relationships weaved throughout the album’s lyrics, such as ‘King’s "I was a king under your control” hook. Sadly there doesn’t seem to be a whole lot of the Scottish Play death and destruction that phrase brings to mind, which would at least make it more entertaining. Lyrically the album appears preoccupied with the tension between first love and ‘oh bugger I have Emotional Baggage but wait other people do too oh no wait that actually makes it worse’. A pretty fruitful place for an album to live, but those extreme emotions don’t often come across in Communion, feeling a bit more intellectual philosophy professor than the rollercoaster that is actually living in emotional turmoil.

The great rule of pop music is ‘inordinately happy music + deathly depressing lyrics = jackpot’. Much of Communion finds both music and lyrics sitting in the middle. The music can’t quite be called inordinately happy, or even happy for the most part, but nor is it glumpop o’clock either. And the lyrics seem content to allude to darkness while not really getting into it, happier to stay in the middle.


But then… it’s subtle. Nothing wrong with subtle pop, when that’s the intention. And the lyrics do contain a lot of emotive phrasing, such as ‘Foundation’s “There’s a scratch on your shoulder” that conjures up all manner of questions as to how that scratch got there. A lot of personal turmoil has very evidently been poured into Communion. I just wish it felt like that while listening to it. It’s possible to be too subtle.

There’s a lot here that’s nice, but nothing that really screams out its demands to be listened to. Nice: the enemy of heart pounding, life-affirming experiences. Although on the flip side that does mean it’s not an album that sounds like a petulant toddler having an emo. Singles ‘King’, ’Take Shelter’ and ’Shine’, along with the likes of ‘Border’, do contain the occasional hook… but again, nothing that really grabs. The rest seems, initially at least, to swell into a sea of whatever, with little to discern one song from another. After several listens and a lot of concerted effort that fog maybe starts to clear a bit… but only slightly.

It feels like Years & Years can’t decide if they want to be outright pop, ‘hipster pop’ or an attempt at bringing Nineties R&B back in politically correct fashion. Now, most of us can agree that outright pop done well is awesome, ‘hipster pop’ is really just outright pop with an image problem and Nineties R&B is inherently pervy so doesn’t work if you’re withholding the smut. But whichever one you’re going to do, or even if you’re going to do all three (see: Friendly Fires), at least commit to your choices. Fortunately the result in this case is a perfectly acceptable effort, but that’s more by default because of treading the safe path, rather than the happy accident of flirting with extremes.

It took a good many listens for Communion to even start to click into place for me. In the attention-deficit age of 2015, where bombast is king, you have to wonder how many of Years & Years’ audience will get that far.