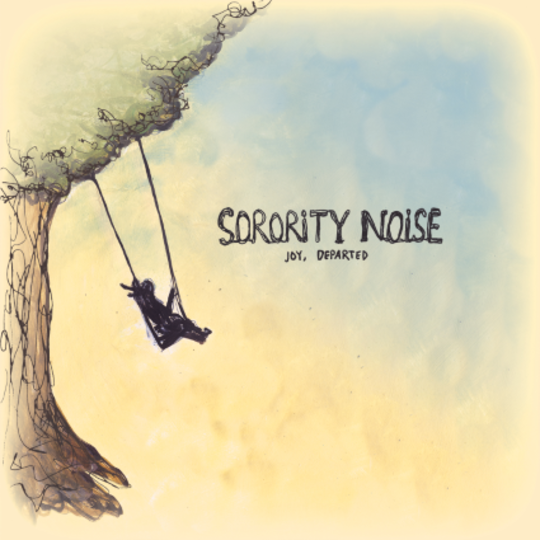 You could probably be forgiven for thinking that the emo revival of the past few years has been all about nostalgia - the high-profile likes of American Football, Mineral and Texas Is the Reason have all reformed (and split again, in the latter case) with only live shows, and no new material, having been on the agenda. A quick look at Topshelf Records’ roster, though, should be enough to dispel any suggestion that there isn’t a new wave that’s very much on the rise. The San Diego label isn’t especially long in the tooth - it only came into existence a decade ago - but the likes of A Great Big Pile of Leaves, Prawn and The World Is a Beautiful Place and I Am No Longer Afraid to Die have helped spearhead a fresh emo charge; on top of that, old favourites like The Jazz June, Braid and The Velvet Teen have been putting out new records through Topshelf, too.

Sorority Noise are amongst this new vanguard, too, and yet ahead of the release of this second album, Cameron Boucher - the brains of the operation - claims he’d rather not have the e-word attached to the band’s name. That’s fair enough, of course - it’s a combustible topic at the best of times - and whilst it’s not unreasonable for him to want the listener to hear that there’s more to his sound on Joy, Departed, it’s still an album in thrall to many of the same influences that shaped its predecessor, Forgettable.

Boucher’s vocals on the album’s mellower moments - opener ‘Blissth’, for instance, or the delicate ‘Fuschia’ - recall Mike Kinsella’s on his Owen records, as do some of the lyrics - on the latter, for instance, there’s “how I long to be in bloom for you.” There’s nods to various eras of Jimmy Eat World, too; the gorgeous ‘Fluorescent Black’, with lush verses and noisy choruses bridged by arpeggiated guitars, plays like a Clarity cut, whilst the chorus on the starkly confessional ‘Using’ - “I started sleeping again / traded late nights and sleep for Vicodin” - is nearer Bleed American.

All that said, though, Joy, Departed doesn’t feel particularly derivative; there’s plenty of the group’s own flourishes scored through it, too. ‘Mononokay’ is their own, eccentric brand of pop-punk, with a stop-start tempo and a full-throated, choral yell to the chorus. Charlie Singer’s percussion is a potent weapon throughout, and never more so than on sprawling closer ‘When I See You (Timberwolf)’, where they flit from a simple, marching beat to a huge, sparse climax.

Unlike on Forgettable, Sorority Noise haven’t worn their influences so honestly on their sleeves this time around; they’re beginning to sound like their own band. If Boucher’s ultimate goal really is to shed the emo tag, then there’s still a way to go; Joy, Departed feels like a transitional effort in more ways than one. This is the sound of a group still finding their feet - disjointed in places, overly earnest in others, but with obvious potential permeating it throughout.