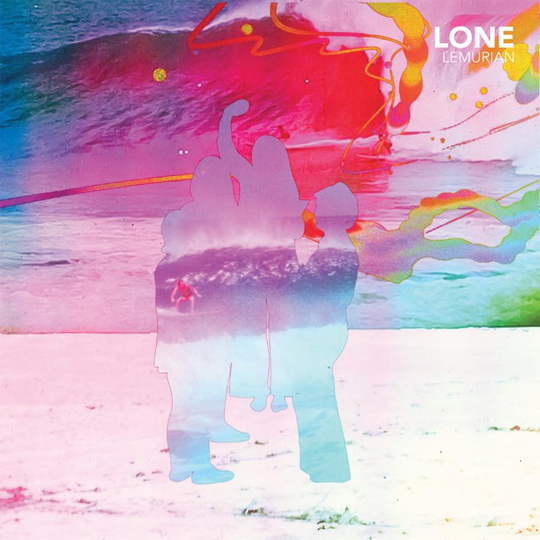 Seven years and five albums in, Nottingham-born Lone (Matt Cutler) has developed a cannon of work that’s grown increasingly slick. Last year’s Reality Testing was a flawless gem of instrumental hip-hop, soft synth-washes and tastefully executed electro-squiggles. So the thinking must be that now is as good a time as any to re-release his debut, Lemurian, which is itself given a new gloss-coat (coloured vinyl, slick new artwork as befitting a release R&S put their name to).

But does Lemurian stand up with the passing of time?

It's comparatively rougher in texture than anything Lone has released since, which makes it feel bigger in scope due to the lower levels of compression. ’Koran Angel’ starts the album with a brief churn of tidal noises and wonky keyboards. It’s setting a scene that pervades throughout as ‘Cali Drought’ then bursts in, heavily. There’s a real sense of momentum behind each floppy kick drum and each cabasa twist delivers a satisfying crunch over the resonating echoes.

Lone has spent the last few years capturing an increasingly East Coast sound but Lemurian emerges from within a Californian fug and – in parts – a Parisian sophistication. ‘Banyan Drive’ leaps from each offbeat yet still barely manages to hold on to the rhythm. It staggers off of the Santa Cruz boardwalk rather than swaggering through mid-Town Manhattan.

There’s 17 tracks on Lemurian so there’s a fair share of phased sounds and compositional ‘bits’ often bookended by the tidal motif. If there is a criticism it’s that it feels fiddly in places and hard to engage with despite the long, soft, decay of the keyboard parts.

For example ‘Under Two Palms’ loops nicely, the ocean rattles beneath and a slightly flat melody line is pitch-bent up and down, but it’s switched off after barely 90 seconds. It could have rolled, side-winded or escalated somewhere new, somewhere bigger. It begs the question, why?

Then again, why not? This recklessness is also a strength as the album never becomes complacent. Everything sounds ever-so-slightly out of tune, as though there’s a rogue analogue synth being used throughout. It refuses to behave, causing constituent rhythms to stutter as they’re caught unaware.

‘Borea’ is a highlight. It really kicks; a lounge piano riff and ‘behind-the-door’ filtered snare strut together, then the curtain is drawn back and the beach revealed via a series of glistening synth pads. The track twists with a mega-heavy keyboard line at about a minute in and then everything combines shortly after. The different elements are crunched together unapologetically. It works.

Lemurian is a colourful dicing of ambient chill out music, hip-hop and IDM. It’s a first album no doubt. There’s a lack of compositional focus, something that ambient music, by its nature, often tries to roll around. Much of this is spun electronic gold though, both fidgety and relaxed, ambitious and bold. It’s brilliantly clunky, an electronica album that feels practically human and rather baked.