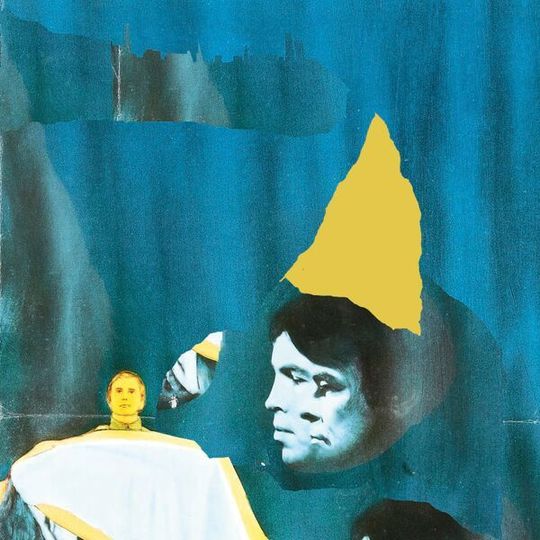 There once was a five-piece progressive death indie band from Manchester called Oceansize. Over the course of 12 years they became an institution in the British underground thanks to their enormously dextrous blend of sounds and approaches, from Cardiacs-referencing prog to Mogwai-esque twinkling post-rock and Melvins-esque sludge. Throughout their four critically acclaimed, but commercially largely ignored, albums, Oceansize reached heights unknown to most of their contemporaries.

Unsurprisingly, then, the band’s smallish but dedicated fanbase were devastated when, for a variety of reasons, Oceansize called it a day in February 2011. The news came just a few months after the release of an album, Self Preserved While the Bodies Float Up, which demonstrated that the band could go in any number of musical directions in the future. One of those directions undoubtedly lay in the creation of more accessible songs (sometimes even under five minutes of length!), something which has now perhaps come to fruition with The Demon Joke. It’s the debut solo album from the band’s former frontman Mike Vennart (although it also features important contributions from fellow ex-Oceansize men Steve Durose and Richard ‘Gambler’ Ingram). With ten tracks over just 43 minutes it’s clear that this is as concise and direct a record as anything Vennart has ever been involved with.

That’s not to say that it doesn’t contain some eccentricities. Indeed, as a certain rather tongue in cheek biography currently doing the rounds on the internet emphasises, Mike Vennart is not just a left-handed electric guitar player from Methley, he is an experience and a state of mind, something reflected in The Demon Joke’s wonderfully precarious balancing of madness and method. Unlike a lot of Oceansize’s material, which despite the zany song titles was often all too easy to take ultra seriously, many of the songs on The Demon Joke are overflowing with a carefree joie de vivre that belies the obvious effort that went into the construction of each track.

If it’s the accessibility of the songs gathered here that stands out on first listen then it’s likely to be the sheer invention on display that emerges particularly strongly from the second. There are thumping riffs sitting next to bedroom synths, shards of ambience lying next to funky bass, and colossal choruses leading on from moments of deliberate weirdness. It’s in this clear that Vennart’s time touring with Biffy Clyro in recent years has had an impact. Whatever you think of that band’s latest material, the Scottish trio have always been expert at wedding great pop songs to the most unconventional of alt-rock tropes, and this is something Vennart has achieved with immense confidence here. ‘Infatuate’ and ‘Operate’ are not merely just catchy, they are so downright infectious that they should come with some form of public health warning.

Harder hitting moments – the official album press release makes note of the fact that Mark Williams, who mixed the record, also worked on the Music for Nurses EP, Oceansize’s heaviest release – are also to be found. There are moments of both ‘Doubt’ and ‘Duke Fame’ that hint at the huge weight of Oceansize classics like ‘A Homage to a Shame’ or ‘Part Cardiac’. Then again there are also moments of simple beauty, particularly in the shape of ‘A Weight in the Hollow’, a track that conjures up a similar level of shimmering glory as ‘Ransoms’ or ‘Pine’ from the final Oceansize album.

Are there any missteps? Well, if one was being hyper-critical there are odd sections where the production does not quite gel together as one might like, particularly in regard to the synths, which occasionally sound a little incongruously placed in the mix. It has to be said that ‘Rebirthmark’ also doesn’t quite work, with its rather gaudy intro not quite being redeemed by its remainder.

Ultimately, though, one has to say that The Demon Joke is an utter joy of a record on several levels. Oceansize were a truly brilliant band, one whose genius will be better recognised in years to come than it ever was when they were still together. If this album is anything to go by, however, then Mike Vennart’s future solo endeavours are likely to prove just as worthy of such acclaim.