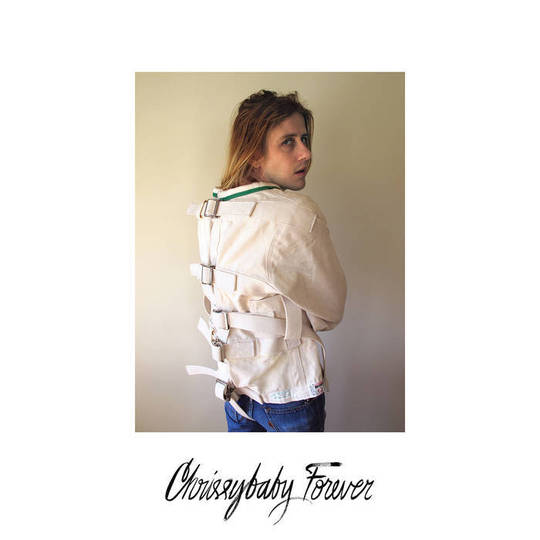 When I spoke to Christopher Owens about the country influences on his last album, he told me he colour codes his songs to organise them by genre. The ones in yellow were reggae. He brought it up half-jokingly, but he was obviously more serious than I realised. Less than one year on, ‘What About Love’ shows us – for better or worse – what this actually sounds like. Offered with the utmost earnestness, without winking or smirking, it sits happily in the middle of Owen’s loosest, and most zany album to date.

Inevitably, Chrissybaby Forever is going to be both billed and received as a ‘back to basics’ record; perhaps even an active attempt to recapture the zeitgeist hype which surrounded his first Girls records. He’s back to working with just one producer (which is what – for all the decoration of the touring bands – Girls were as a core duo), making jangling guitar songs with lo-fi production. The opening chord of the opening song is even an exact mirror of the opening chord to ‘Lust For Life’.

But for all its parallels, this is an even more sprawling than Album – until now, Owens’ least unified album to date. If you’re reading this before a first listen, it actually feels appropriate to flag up a spoiler alert. There’s a doo-wop song which blends a longing for love with a pun about his former drug addiction. There’s the whole reggae thing. There’s dreamy passages of children’s choir, and snarling passages of avaricious sexual urges. At 16 tracks, it’s an even more colossal thing than his rapturous Father, Son, Holy Ghost, but manages to pack in twice as many eccentricities.

Even his vocal performance has a new pliability. While it stayed in one whispered register for the entirety of A New Testament, here he playfully flits between rich throatiness and nasal whines, peppering it all liberally with squeaks, huffs and quirks, often pushed through vocal filters we never thought he’d wheel out.

As ever, the sweetness is in the simplicity of the song writing itself, and Owen’s ability to distil massive discographies into perfect new packages remains gorgeous. But while his willingness to crib from the last six decades of pop music is his strongest charm, his biggest frustration is still his insistence on plagiarising himself. The peppy ‘Coffee And Tea’ loses its punch when it reappears all but wholesale towards the end as ‘Inside Out’. And the guitar line of ‘Waste Away’ is indistinguishable from his heart-breaking ‘Jamie Marie’. From the earliest Girls songs, Owens has had a difficult time balancing the warmly familiar with the lazily repeated, and this certainly continues across Chrissybaby Forever.

But if there’s one thing Christopher Owens can always do, it’s write pop songs which fill your heart to the brim, and there’s a ton of them on Chrissybaby Forever. (If you don’t absolutely swoon at ‘Love You Like I Do’, then Christopher Owens probably isn’t ever going to be for you). The sound is smaller in scope than even Lysandre, but the way that he just keeps coming at you with the sheer number of songs, the variety of genres, and the little twists, turns and eccentricities, it emerges as one of his biggest, sloppiest albums to date. It’s a massive, honest mess, loaded with love. And as such, it might even be called his most definitive album yet.