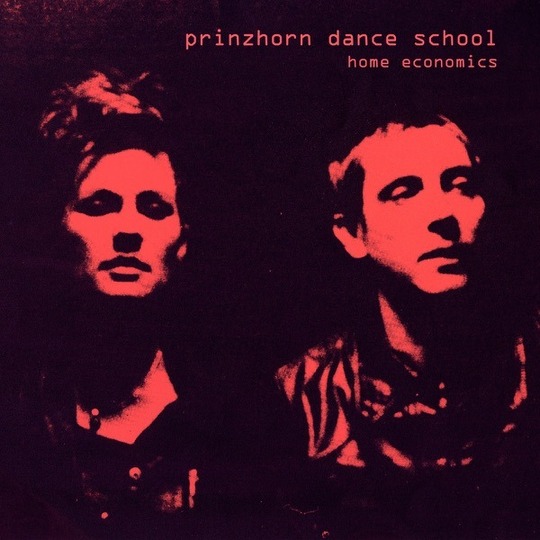 Their taste for defying trends and musical fashion fickleness continues. Since 2006 when Prinzhorn Dance School got signed to DFA with their minimalist two-piece setup, just Tobin on bass and Suzi on drums, they set themselves aside from everyone on the label and further afield. What was this difference they had created?

The difference was and still is within the cleverness of their name that simultaneously references PDS's members and a professor who collected art of the mentally ill. The difference is in the understated subversion that lies within their lyrics, the disconnected narrative that documents the plight of middle England, whilst side stepping the glare of the media metropolis. The difference is in the silences and the spaces found in their song structures, inbetween the notes that create a stark, a barren picture of ordinary lives, that goes behind and beyond thee glitz.


The new six-track-album is more of the same. It is clearly of the same ilk as 2012's Clay Class and 2007's self-titled debut. There may be a hint of a lighter edge in the vocals that indicates some maturity, the formation of a relaxed confidence, at times there even be a secret a smile caught on the mic. The intense feelings in the first two albums are still there but taken down a notch. Still with PDS is a strong subtext of scathing disdain of oppressive structures that often gives way to a sense of futility and hopelessness as captured on 'Reign' with the words 'leaves dancing in the wind / do you feel lonely / do you feel blue / our reign too'.

At its best Home Economics tries to find some kind of ascension from this harshness of life. At other moments what is being said, what is got at is lost, and easily passed by unnoticed. But, perhaps, PDS want it like that, in a stealthy sort of way.