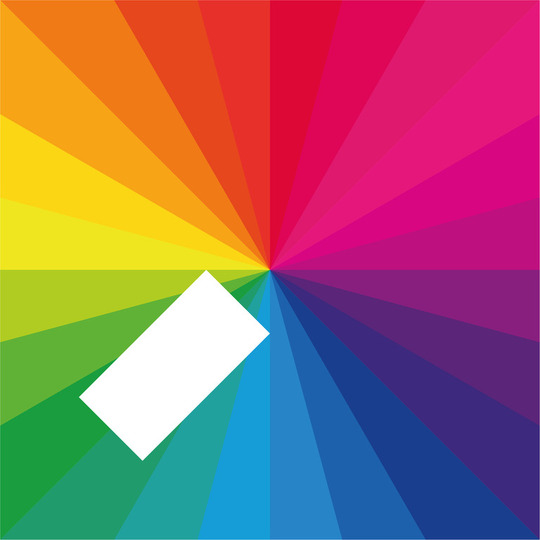 For a band that are widely celebrated for their penchant for tight-knit minimalism and the noir, the embrace of a Rainbow Road’s worth of colour and noise is perhaps something of an unexpected sidestep in direction for the solo work of The xx’s producer, Jamie Smith, aka Jamie xx. That’s not to say that it’s been an unwelcome switch: as has already been demonstrated by the array of genre-hopping solo tracks and remixes for the likes of Adele, Gil Scott-Heron and Four Tet (who has a hand in ‘SeeSaw’ here), Smith has embraced a positively-kaleidoscopic and intercontinental approach to his electronic music that breaks free from the hush-hush serenity of The xx’s traditional output.

In the six years since The xx first whispered their way into our hearts with their Mercury-winning debut album, Smith has successfully managed to concurrently establish himself as both an in-demand producer and touring DJ, with many ravers across the world worshipping at his turntable altar. And, whilst he’s still deeply involved creatively with Romy Madley Croft and Oliver Sim – they both feature on In Colour (Sim’s involvement on the beatless ‘Stranger In A Room’ will delight the converted), whilst sessions for The xx’s third record are under way – this album, a vivacious and eminently-replayable record that’ll enhance his reputation as a music maker to no end, justifies the hype and attention that Smith’s talents in the production booth have generated in the past half-decade.


Recorded whilst on tour and in both Jamie’s and his label Young Turks’ studios, In Colour clearly benefits hugely from its previously-held 'work in progress' status. You get the sense, when listening to these 11 tracks, that they’ve been painstakingly touched and retouched by Smith - who’s already renowned for his high productivity in the studio - over an awfully-long period of time. There’s a depth to this record that evokes an intellectual approach to his craft: every beat, synth and sample appears to have been meticulously planned by this music nerd (which is in no way meant as a diss). It’s particularly epitomised by the evidence of Smith’s passion for crate-digging, which, on one such mission in Detroit, resulted in the unearthing of a vocal sample from New York a capella soul group The Persuasions’ 1972 album Street Corner Symphony, which In Colour stand-out ‘I Know There's Gonna Be (Good Times)’ is built around (more on this later). On the other end of the spectrum, meanwhile, is the glorious piano breakdown that twinkles its way into your heart during the middle of the instrumental ‘The Rest Is Noise’; a moment of solemn introspection either side of the pulsating club-targeted beats that box it in.

We’re of course already familiar with ‘Sleep Sound’ and ‘Girl’ from their double A-side release last year: the former arrives in a reduced form here, but without restricting its impressively-languid ability to be a fitting soundtrack to either a chilled, twilit scene or a tent of heaving masses. ‘Loud Places’, In Colour’s lead single, also gently walked people into Smith’s world upon its release with its arms-aloft mentality; though it does, in contrast to the rest of the record, play it rather safe in a kind of 'oh, this’ll be the radio song' way. But ‘Gosh’, the lurking, skulking snake of an opener, makes you forget about what you’ve heard before. It’s an overwhelming opening to proceedings that swaggers its way to a euphoric crescendo of sirens and perspiring beats which is sure to bring down many a festival tent this summer. An interesting sub-plot here arises from the vocal sample: taken from 'One In the Jungle', a never-aired BBC Radio 1 pilot, it’s at first a rather distorted presence that’s comes across in a rather pastiche way (“Yes UK massive!”). But, towards the end of the track, that voice untangles itself to deliver a final and emotional coda: “Pick this up, man. Many thanks, because you’re keeping the vibe alive.” It’s a nostalgic rallying call to the purveyors and indeed the lovers of electronic music everywhere; with Smith the latest torchbearer for said “vibe”. Intriguingly, Young Turks/XL had to engage in a lot of detective work in order to clear that sample, as Smith explained to NME: 'The MCs are now, like, taxi drivers or something.'

‘Normal people’, if you will, play an intriguing role on In Colour, as Jamie explained in the same interview: 'I bring a field recorder with me whenever I go out – all the transitions in the record came from the chatter of people standing outside clubs.' Indeed, if you went to either Fabric or the recently-closed Plastic People in the past few years, then chances are you may have a guest feature on In Colour (though perhaps don’t wait too long for a royalty cheque to arrive). This technique locates In Colour at least fleetingly within the humming and metropolitan electronic scene of Smith’s native London.

But it then takes off to sunnier climes when the aforementioned ‘I Know There's Gonna Be (Good Times)’ sidles into view. Primarily a fusion of R&B and dancehall, there are steel drums - Smith owns a set of 'child-sized ones', which also appear prominently on ‘Obvs’ – and vocals from the eccentric Atlanta rapper Young Thug and the frenetic reggae artist Popcaan (whilst grime artist Novelist is heard laughing at the end). Smith didn’t meet either artist in person when writing the song, instead electing to construct it all online. Mobile networking seems to have done the trick: ‘… (Good Times)’ is potentially the highlight of the record for its black sheep nature alone. Yet once you’ve digested In Colour in full a number of times, its overtly Caribbean rhythms fit right in with the house vibes evidenced elsewhere.

“You’re the most beautiful girl in Hackney, y’know?” A sample of dialogue from Kano’s starring role in the Channel 4 inner-city drama Top Boy kicks off In Colour’s final act ‘Girl’, before a warped vocal sample from the mostly-forgotten mid-Eighties London dance band Freez’s ‘I.O.U.’ joins some stumbling beats, rolling bass licks and jittery effects for a killer finish. It comes off, rather true to Smith’s form, like a remix, but it’s all the more marvellous that it’s an original piece. And such an achievement only confirms Smith’s emerging genius further: taking inspiration and samples from the old or forgotten and breathing new life into it within his own unique creative headspace. As a result, In Colour stands tall as a bold and renewably-exciting triumph.