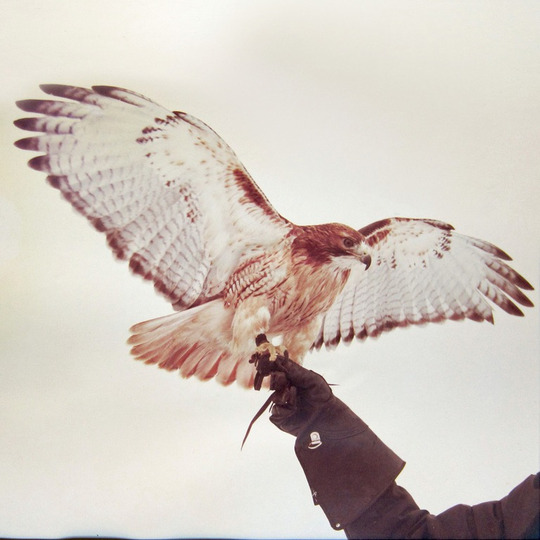 Thanks in no small part to Kurt Vile and The War on Drugs, spacious, dreamy Americana has enjoyed something of a renaissance of late. Although plainly indebted to the likes of Neil Young and Bruce Springsteen, on recent records the Philadelphia natives flaunted crystalline production, electronic flourishes and panoramic guitar tones that expanded the genre into the 21st century and unleashed waves of nostalgia for listeners in the process. Success for the likes of The Tallest Man on Earth and Phosphorescent, too, has seen the market for troubadour singer-songwriters boom and the re-emergence of the Dylan-esque drawl as a captivating poetic vehicle.

This constitutes the perfect climate for JM Airis to release Wild Birds, a collection of nuanced roots rock tracks that wear the American heartlands on their sleeves. Bob Dylan’s influence runs deep by default, but Airis’s road-weary twang channels the husky resignation of Jeff Tweedy even more - on the shimmering ‘14 Shadows’ he sings, “oh we are so far gone”, dignifying the line with nothing more than a sigh, whilst the album’s gorgeous, meditative third track ‘True Demeanour’ goes some way to emulating Wilco’s ‘Kamera’ as he muses: “this whole city’s on repeat, baby”.


Although many other familiarities crop up – ‘False Bird’ rollicks with the unease of The Suburbs-era Arcade Fire, whilst opener ‘Fe Telo’ brandishes the doomsday swagger of Radiohead’s ‘There There’ – Wild Birds retains a healthy sense of identity across its ten tracks. Airis reels you in to his dusty narratives with ease, transforming textbook subject matter (morality, alienation, love) into something much more poetic. He remains a fascinating torchbearer on both the murky slacker-rock of early cuts like ‘Sliders’ and the louder, more distorted jams that make up the album’s second half, his rough vocal inflection becoming more comforting with each listen.

A large amount of this record’s beauty, however, lies in it’s recording - Airis proves just as capable a sonic explorer as he does a songwriter. Describing himself as 'a nuts and bolts guy' when it comes to recording, he created Wild Birds on modified Sixties equipment and DIY instruments in a bid to create as diverse a mixture as possible. The result is a gorgeously rendered piece of work, with airy layers of percussion and sparkling guitars sitting pretty in an expansive tapestry of instrumentation. Airis chooses to circumvent the recent reverb epidemic with a cleaner recording, creating something beautifully raw in the process - each song feels natural in its atmosphere, underpinned by strummed guitar chords and acoustic drums, although modern electronics are weaved in craftily too to bolster things up. The highlight proves to be the album’s longest track - after six minutes of foreboding desert rock, heavy with Pink Floyd-ian slide guitar and galloping percussion, ‘Infinite Sun’ moves seamlessly into an elegant closing passage, its final sentiment perhaps the record’s most memorable: “you better take your time dying”.

It’s all a pretty captivating mixture, evoking images of barren western landscapes and hot, shimmering summers. Although less pioneering than some of the recent trailblazing records, it stands as yet more proof that modern Americana still has room to expand. The new crop of roots rock balladeers continues to grow in stature, and with Wild Birds, JM Airis skilfully forges a space for himself amongst the best of them.