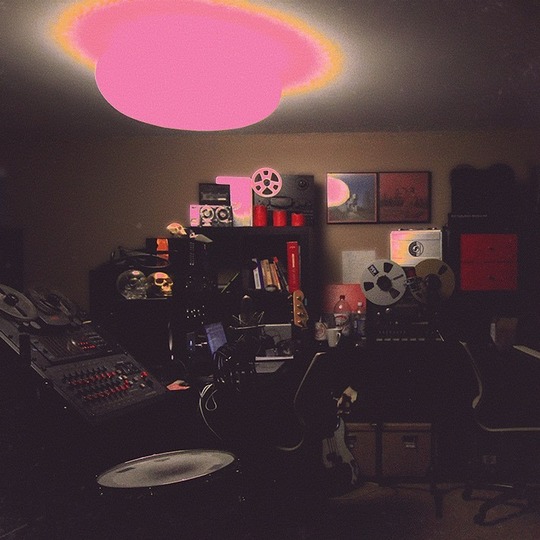 The Sixties is ingrained in Western lore as the golden decade of the twentieth century. Popular depictions focus on a new self-determinant youth, freed from the shackles of parental conservatism and angry with an outdated status quo. No other decade before or since has garnered the same reputation for hedonism of all kinds. Legend would have us believe that drugs were as easy and cheap to procure of as a tin of baked beans, while, if one so desired, a willing partner well-versed in the Karma Sutra could be found within five minutes’ walk of basically anywhere. They say that if you remember the Sixties you weren’t there, which is probably why so many young bands, born into an era where the youth are predicted to have a worse quality of life than their baby-boomer parents, have desperately tried to capture what their mums and dads smoked and shagged out of their memories. Unknown Mortal Orchestra has proved to be one of the more successful artists to undertake this endeavour, and over their first two full-lengths fully immersed themselves into a sepia-tinted world of LSD grooves and analogue fuzz.

Multi-Love, however, is about questioning the legacy of the Sixties. It sees Ruben Nielson asking if the freedoms, both political and emotional, that inspired and mobilized thousands 50 years ago change the way we carry out relationships today. Have we learnt from the efforts of the civil rights protestors and the student demonstrators, or are we still having a hard time trying to comprehend them? Well, in Nielson’s opinion it seems to be the latter. This dissatisfaction characterises ‘The World is Crowded’. Rather than being a statement on population, it addresses the all-consuming nature of modern cosmopolitan life, relationships and all. This crossover between the stresses of daily life and love is a recurrent theme – ‘Can’t Keep Checking My Phone’ sees Nielson struggling to understand the mysteries of a new relationship in the modern world, backed by energetic, tropical beats.

Unknown Mortal Orchestra’s questioning – rather than embrace of – the Sixties legacy has meant a change instrumentally. The stoned electric grooves which contributed so much to previous efforts has been dramatically reduced, replaced instead by a more than healthy appetite for colourful vintage synths. This isn’t an attempt to separate themselves from their retro sound, as familiar warm sun-hazed fuzz still surrounds all and everything UMO do. What it has meant, however, is that Multi-Love is a far less immediate listen. The hooks are still there on ‘Can’t Keep Checking My Phone’ and ‘Multi-Love’, but they aren’t quite as sharp as those that caught us first and second times round.

What Multi-Love lacks in immediacy it mostly makes up for in aesthetic. A kaleidoscopic array of percussion hisses, scratches and crackles at the rear of the mix, perhaps most notably on the woozy ‘Extreme Wealth and Casual Cruelty’. These textures, along with the vintage synth experimentation, create in an album that ditches the sepia tone of previous records and revels in glorious multi-colour. It’s this that reminds you that despite any other issues UMO might take with the legacy of the Sixties, they certainly haven’t began to question the era’s hedonistic reputation. ‘Necessary Evil’ confronts both Nielson’s and his father’s shared partiality to a bit of excess, finding common ground between aspects of the Sixties lifestyle and UMO’s own. While the rest of the album investigates and questions, it is on this track that the trio seem to make some kind of firm decision. While much of the Sixties dream has yet to come to any lasting fruition, some aspects, at least, are timeless.