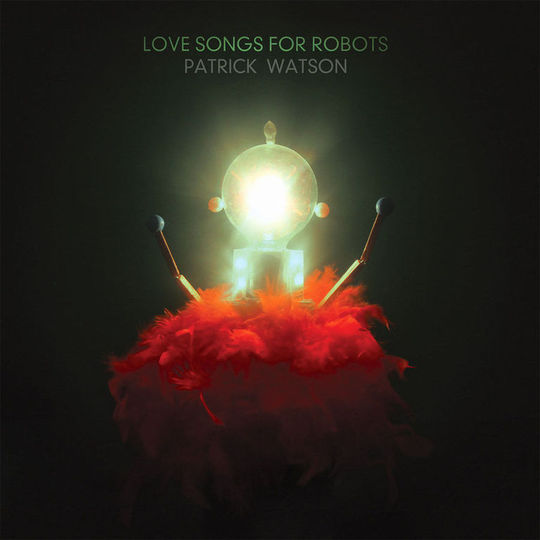 When Patrick Watson beat Arcade Fire to the Polaris Prize, Canada’s take on the Mercury, it was a triumph of quiet optimism over bombastic gloom. Whilst Win Butler’s crew had opted to follow Funeral’s magic-hour romanticism with church organs and doomsaying, Watson’s Close To Paradise was a masterwork of hazy imagination, of daydreams wrought in sound, a child’s picturebook of colour and possibility.

Both bands traded in escapism, of course, but Arcade Fire - on the cusp of worldwide acclaim - had grown darker, their gaze turning from the hue of sunset to the long shadows cast behind, and from there to stadiums and then to mirrorballs, their sound polished and glistening if a little less loveable for it. Watson, meanwhile, continued along his own path, never quite gaining the acknowledgement many expected but never having to suffer the realities that come with that: eight years on and his music is as wide-eyed as ever, delighting in its own safe pocket of warm experiment and sonic drift.

That could easily be taken as a criticism but it’s not intended that way: whilst it’s true that Love Songs For Robots doesn’t really advance the palette, it’s rich enough that this isn’t necessary, that the commingling of somnambulant piano and restless percussion, reverb-heavy guitars and Watson’s own hypnotic falsetto that’s served the band’s off-kilter arrangements across four albums before this one remains just as compelling for their fifth.

It’s an understated kind of compelling, true, primed not so much to turn heads as to gradually enchant across 50 minutes of slow-burning atmosphere, like getting high on second-hand smoke. To that end it’s less an collection of songs than a continuum of mood, a drift of ivory and echo, whole tracks blurring into one another like lights within the fog: they’ve got names and markers, sure, from the playful (‘Good Morning Mr Wolf’) to the melodramatic (‘Alone In This World’), but they almost needn’t have. There’s little here - and again, this sounds like an attack but really isn’t - that stands alone, no soaring choruses or striking rhythms or even very much to break through the spell bar the slightly jarring prog riff halfway through ‘Grace’, but there’s also nothing that should have been cut out - which across an album of this length is quite some feat.

That doesn’t mean there aren’t standout moments, of course: the sweetly sad piano in ‘In Circles’; the synth arpeggios near-buried at the midpoint of ‘Alone In This World’; the point in ‘Turn Into The Noise’ when the instruments cut into the static hiss, forging beauty from the void; each and every time Watson harmonises with himself. But these moments aren’t the point of Love Songs, just as they were never the point within any of Watson’s releases - which have always strived for more of a transportive impact than a simply musical one, a means of “bringing places somewhere else” as he put it to me in an interview a few years back, of “colouring in your life” and getting away from our own small realities for a time. And lord knows any escapism is welcome right now.

This is not an album that’s ever going to scream for our attention, but it warrants it all the same. Love Songs For Robots is ambitious without being overblown, intimate without falling to sentimentality and subtly, delicately lovely. Amidst the hustle and the bombast of our breathless and over-caffeinated hype-machine it’s likely to get a little lost, swept towards the margins by whatever hot new thing is stepping out that day - but you get the sense that it won’t care, that like the band generally it’ll be quite contented blowing along all but unseen next to the shadows. But that, quite honestly, would be our loss.