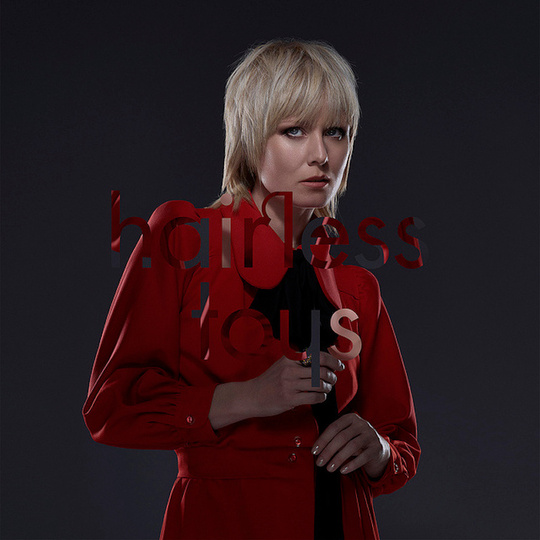 Eight years is a long time to go between albums. Songwriters talk about the need to keep the momentum going between records so to take such a significant break can sometimes be a risk. On the other hand, it can also result in a complete change in direction. Hairless Toys lands somewhere in between.

Roisin Murphy, formerly of Moloko, wraps herself in darkness for this third album. When disco meets the dark the results can be some of the most powerful in music. Nile Rodgers and his like might have thrust one particular facet of the genre back into the limelight following the release of ‘Get Lucky’ but this is a completely different vibe. And I’m glad it is, because invariably while my music taste does occasionally stagger hungover into the light for a few moments, it always returns to the darkness.

The production throughout Hairless Toys is more than just glossy and perfectionist. It actually lends something to the record other than to hide the flaws of Murphy (of which there are few). The album actually sounds classy. It sounds self-indulgent in the very best way. It sounds like a ridiculously expensive night out in the Eighties, except you’ve gotten bored of the fake and the cheesy and things have all gone a bit Twin Peaks. At a time when a larger chunk of us than ever are worrying about the monotony of modern life and things like the cost of living, the escapism that provides is absolutely crucial.

As if to highlight that self-indulgence, only one track on this eight track record clocks in at under five minutes. ‘Exploitation’ racks up at an impressive nine minutes 23 seconds on an album that goes for over 50 minutes. The crucial bit is that it always works. You could probably condense a couple of tracks over the record to make the pill a little easier to swallow (as demonstrated on the four minute single edit of ‘Exploitation’) but to do so would defeat the object. This isn’t a record to stick on in the car stereo but an album to obsess over on sleepless nights.

And that darkness is also really highlighted on ‘Exploitation’. A nine-minute-journey through what it feels like to cede control and give power to another. You can apply that to both a relationship or whatever you might do for your career. A sparse but effective beat whispers behind the track and gives the impression that the song is being delivered from a happy place. To achieve all of that within one (admittedly lengthy) track is a tribute to how well Murphy has honed her craft.

If there’s a criticism to be made of the album, and there aren’t many as long as you give it your love and attention, it’s that there isn’t enough deviation from her previous records Ruby Blue and Overpowered. At this stage of her career, with her art so finely honed and creative, does she need to deviate significantly? There’s also a temptation to write that there aren’t enough key moments on the record but this is meant to be understated and subtle. That’s something that has intentionally been done. And no doubt, the longer you spend with an album like this, the clearer those moments become.

And there are times where she strays from her own path on the album. While the vibe and tempo of the record remain mostly consistent, the country-jazz of ‘Exile’ and there is a dip in tempo for both closing tracks in ‘Hairless Toys’ and ‘Unputdownable’. It’s subtle but when you really envelop yourself within the record it’s something that you’re going to pick up on.

So eight years is a long time to wait for a record but Hairless Toys shows Murphy remains expertly consistent in her craft. She has created an album here that is not for the social pre-drinkers but for the listener that wants to absorb alone. A bottle of red wine and a full listen of the album is when you’re really going to uncover the caveats and subtleties of the record. Anything else and you’re just wasting a wonderfully dark and seething record.