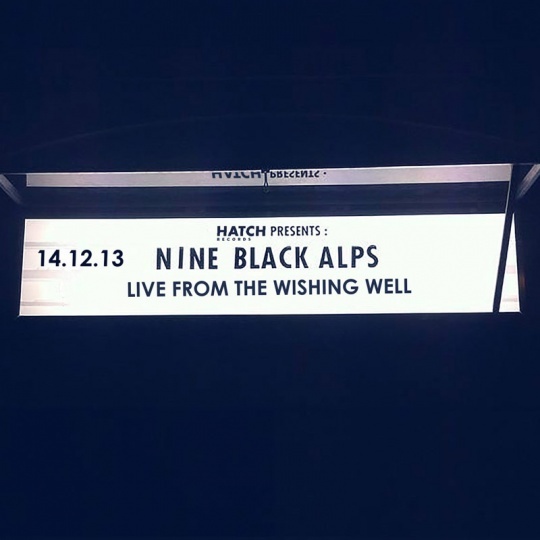 Once upon a time the release of a live album would be seen as confirmation of a band's arrival in the upper echelons of rock's hierarchy. That moment when the club venue circuit is outgrown where arenas and stadiums beckon forever more. So maybe it's a sign of the times and diminishing returns that very few artists bother going down that route any more. Or maybe it also has something to do with the fact very few live concert recordings manage to stand the test of time. Indeed it wouldn't be out of place to say such artifacts mean very little to anyone unless you were there. Even now, it's difficult to count more great live albums than fingers on one hand. Motorhead's No Sleep Til Hammersmith and From Here To Eternity by The Clash probably both qualify, even if the latter isn't technically a live album in its truest sense. Similarly U2's Under A Blood Sky makes a claim for inclusion while the daddy of them all, The Who's Live At Leeds, sits smugly perched at the top of the tree. No doubt laughing at those who've tried (and failed) to emulate that record's chaotic brilliance. Stop Making Sense by Talking Heads and the MC5's Kick Out The Jams perhaps come close too as far as capturing either band at their best in the flesh are concerned, but that's your lot.

Which brings us onto Live From The Wishing Well, a brave attempt at commemorating Nine Black Alps' tenth anniversary in all its glory. Recorded at Manchester's Gorilla venue in December 2013, it's a warts and all collection featuring 16 songs that encompass the band's career. For a group who've been dogged by bad luck - mostly through being in the right place at the wrong time - it's commendable they've stuck to their principles throughout, retaining a dedicated fanbase in the process. It's also probably just as well because with all the greatest will in the world, it's difficult to see who Live From The Wishing Well might appeal to beyond the diehards.

Clocking in at just under an hour, perhaps more significant is that over a third of Live From The Wishing Well is taken from the band's debut Everyone Is while only one song ('Buy Nothing', the single that preceded it) is lifted off criminally underrated and long forgotten third LP Locked Out From The Inside. Nevertheless if truth be told, Nine Black Alps always were a more potent force live than on record and that prowess is evident in places here. As a barrage of squalling feedback drowns out the audience to introduce opener 'Burn Faster' or early 45 'Just Friends' segues effortlessly into one of their most recent from last year, 'Supermarket Clothes', it serves as a reminder why Nine Black Alps live shows still resonate with an urgency and excitement usually reserved for bands with a higher profile.

While the fiery energy of songs like 'Forget My Name' and 'Heavier Than Water' hide a more poignant undercurrent in Sam Forrest's lyrical assertions ("I can't stand to live without you" he solemnly declares during the latter), the closing couplet that's 'Get Your Guns' and 'Shot Down' firmly illustrate Nine Black Alps fearless template. In between, original bassist Martin Cohen makes a surprise cameo, frontman Forrest insisting everyone sings "Happy birthday!" to their former colleague. Unfairly derided as grunge revivalists from the outset, a tag many bands now align themselves with in the current climate. Interestingly, when DiS last spoke with Forrest almost a year ago to the day, he admitted feeling constrained by people's perceptions of what a Nine Black Alps record should sound like. Whether Live From The Wishing Well is the band's way of drawing a line under their past remains to be seen. That it's unlikely to attract much attention from anyone outside their core fanbase is more disheartening, but also inevitable in this digital age.

Endearing, if not necessarily enduring.