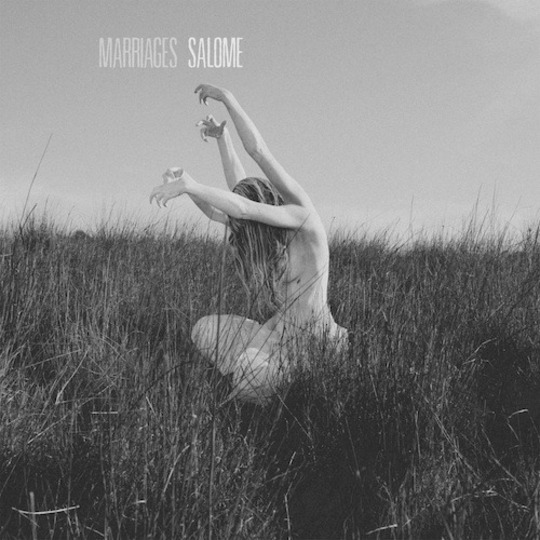 The debut full-length from Marriages has arrived, and some would say it's about damn time. It's now more than five years since Red Sparowes - of which Emma Ruth Rundle, Greg Burns and Dave Clifford were members - released their last album before promptly breaking up, but some of the post-rock supergroup's sound seeped into Marriages' debut EP Kitsune, which served as an intriguing (and frequently impressive) glimpse into their new direction. (When I say supergroup, I mean it; just look at the list of bands they've been in: Red Sparowes, Nocturnes, Halifax Pier, Pleasure Forever, Angel Hair, the massively influential Isis...).

It's been three years since then. In the interim Rundle released a sublime debut album in the form of Some Heavy Ocean last year, and drummer Clifford has since been replaced by Andrew Clinco (of Nocturnes and Incan Abraham). The trio certainly keep themselves occupied, but their focus has been on Marriages long enough for them to finally finish their own debut LP.

The 2015 iteration of Marriages is all but unrecognisable; their EP was a smoky, atmospheric creation that prided itself on its subtleties, but Salome is sharp and concise, benefiting hugely from a more focused approach to making music. To put it simply, it's much more concerned with rock than post-rock, tipping its hat to luminaries like Siouxsie & the Banshees and The Cure, putting a gothic twist on their previous work that makes perfect sense. Rundle has clearly learned a lot from stepping out on her own, maturing into a genuinely impressive singer, more than capable of soaring above the fuzzed-out bass and gargantuan riffing of opening track 'The Liar', going for it at every turn, and somehow managing to hit even more impressive heights on the album's title track, navigating constantly shifting dynamics expertly, holding sway over everything. Her voice is the focal point of the band, but it's Clinco that keeps everything together, bringing a strong rhythmic presence to 'Southern Eye', but making sure to keep things simple and effective on 'Love, Texas', arguably the album's most direct offering, and also the one track on which those lingering post-rock influences are clearly noticeable.

What's most impressive about this album is how effortless it all sounds. You would expect three people with a considerable wealth of musical experience between them to be at the top of their game, but the hype surrounding the release of Salome hasn't rattled them in the slightest. Its evocative, greyscale cover art hints at the riches to be found within: by turns cinematic and crushing, their debut excels at combining darkness with immediacy, allowing deceptively straightforward songs like 'Santa Sangre' to coexist with knowingly complex ones like lead single 'Skin' without disrupting the LP's impeccable flow. Marriages know what they're about, and have crafted an album for all seasons that still possesses a distinctly autumnal sound - an accomplished record that will provide the ideal soundtrack once summer's over.