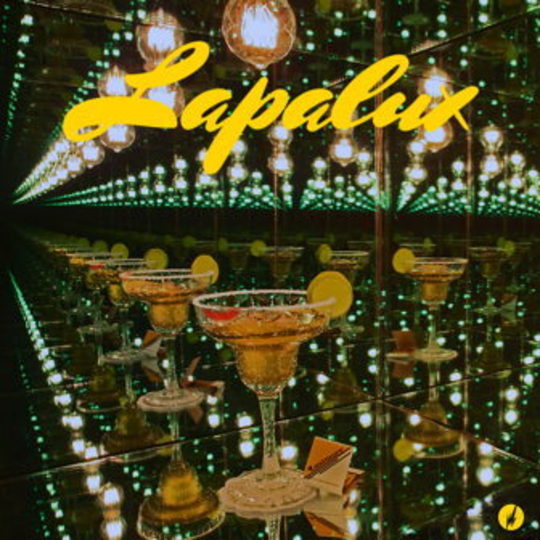 Essex-born producer Stuart Howard, aka Lapalux, is becoming increasingly comfortable in his Brainfeeder shoes; churning out inventive intelligent dance music, packed with throwbacks to R&B, hip hop, soul and psychedelia. It is this tussle between the halcyon days of Nineties pop and the futuristic tendencies of Lapalux’s production that make his music so interesting. The 2012 debut LP Nostalchic capsulated a relationship between R&B decadence and the trademark outré of Brainfeeder’s artists pretty stylishly, garnishing intricate and complex detail on pop structures; making tracks experimental, but leaving enough of their heritage to avoid being too esoteric.

Experimentations with texture and layering are prevalent throughout Lapalux’s back catalogue of EPs, but When You’re Gone and Some Other Time, the first releases on the FlyLo-run label, act as dousing rods for Nostalchic and the new record Lustmore more than any other. The imaginative production of the releases’ deconstructed pop was slightly confused and perhaps overstated at times, but they provided a space for the ideas to grow; ideas that have been reigned in and focused for Lustmore.

Film soundtracks and visual imagery have become increasingly important within the confines of Lustmore. Characters float from the scores of each track, providing scenes for the songs to accompany. 'Whenever I think about the album I think about the bar scene in The Shining,' says Howard 'There’s something about that strange, hallucinatory psychological madness that relates to the music, both in the making of the actual record and the way it sounds.'

Sonically, Lustmore zones in on accessibility more than on his previous EPs and Nostalchic. There is a sense of purpose that began in his debut LP, but was still lacking some finesse. Tracks like ‘Kelly Brook’ from Nostalchic were still overcomplicated and jarring, where Lustmore offers hooks and a pop core to gravitate experimentations around. The finished product harnesses the off-kilter production styles that have grown over his career, but deal with something more tangible; more understandable. Hanging in the middle of the release ‘Midnight Peelers’, ‘Push N’ Spun’ and ‘We Lost’ offer some highlights; nodding to the relaxed echoes of chillwave, R&B and elements of hip-hop. The three tracks are archetypal of the record; taking bits here and there from a wide resource of influences and spinning them back into something that screams Lapalux and Brainfeeder. There is just enough here to make them unique, without creating too wide a chasm between avant-garde and over doing it. ‘Puzzle’ and ‘Bud’, which sit next to each other in the track list, show the breadth of styles that Howard uses to mould the album; the former piecing together off-beat hip hop kicks and jazz to the voice of Andreya Triyana, who makes repeated performances in the record, and the latter pandering to EDM and house.

Lustmore has built on the threads ofNostalchic and the rest of Lapalux’s discography, culminating in a sound that is simultaneously inventive and retrospective. It bridges a gap between fine art easy listening; essentially, helping to define the Brainfeeder imprint, as best as anyone else on the label.