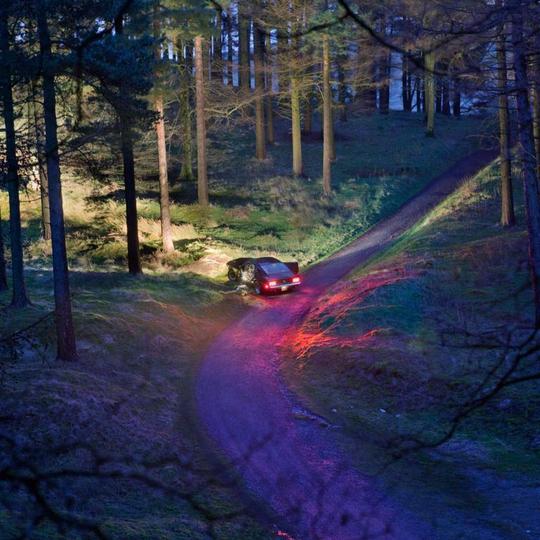 Thank god Drenge are a thing. A few years ago, amid the wave of slightly insipid arty, middle class indie-electronica that washed in with Django Django and Alt-J, I remember wishing for of the grit and nihilism of the bygone days of Nineties alt.rock. Unfortunately someone was obviously listening to that prayer, because we were very soon neck-deep in grungy guitars, mopey voices and bands that dressed like the cast of Empire Records, which would be fine if they were any good. Sadly the second-hand nature of kids rooting in their cool-uncles record collection resulted in a scene whose leading lights were bands like Peace. Who are awful.

Enter the Loveless brothers, a duo whose sonic assault is so authentic they share their surname with a My Bloody Valentine album. They feel like the real deal. With them it feels less like re-treading the past, and more like they’ve simply found the best means to express what they want to say and how they feel. It just happens to be grungy, gloomy guitars and thudding drums. They’re truest to the spirit of alt.rock, purely because it doesn’t sound like that’s what they’re trying to do.

Undertow, the brothers' second album proper, builds on the work of their first- less punky and less psychedelia tinged perhaps, and with more of an emphasis on solid riffs and Eoin Loveless’ none-more-East-Midlands croon. Producer Ross Orton, who worked on Arctic Monkeys’ world-conquering AM works up their more bruising, crushing elements, playing down some of their punkier, brighter edges. The result is far more indebted to Queens of the Stone Age and Kyuss (a little too indebted in the case of the instrumental title track) and less so to the duo’s beloved Nirvana and Sonic Youth.

Undertow’s great strength is in its balance of earworm melodies and fuzzy rock attitude -the calling card of the best Nineties rock- thus we have the galloping, sprightly ‘We Can Do Whatever We Want’, or the doomy, thundering riff that drives opener ‘Running Wild.’ Rory Loveless’s drums are gigantic throughout, booming behind his brother’s bitterness on ‘Never Awake’ and creating the propeller backdrop that sees the album home on ‘Have You Forgotten My Name?’

Two clear highlights come in ‘Favourite Son’, an evergreen floor filler that conjures the sticky-floored joy of a thousand indie clubs, and ‘The Woods,’ which -despite a worrying detour into System of a Down’s ‘Chop Suey’ in its opening seconds- proves the duos most grown up, gnawingly catchy writing yet. A proper alt-rock classic.

Alas it’s not all perfect. There’s a debt to Josh Homme’s output here that is, occasionally, a little too obvious, and on the likes of ‘The Snake’ the pair are guilty of repeating their ideas a little more than is comfortable. The pace is relentless and compelling, but it’s also rather samey. The record would benefit greatly from some light and shade, though the bruising ballad ‘Standing In the Cold’ does go some of the way to repairing the damage.

As second albums go, though, this is exactly what we want to see - a clear a development, a sharpening of powers and a defining of sound. What happens next could be truly spectacular.