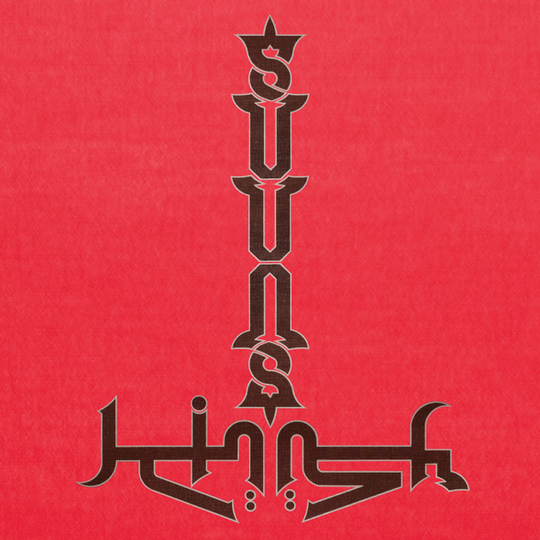 While there’s a lot of space in Suuns’ music, they’ve never struck me as the sort of band that would particularly want to share it. And so while Jerusalem In My Heart’s stuttering, swirling experimentalism can be pegged as an obvious peer to Suuns’ minimalist approach to tension creation, it’s still a bit surprising that to see these artists making a collaborative album.

The main reason that it’s happened is that they’re just really good mates. A couple of years ago, Suuns and Jerusalem In My Heart booked out a studio for seven days, resulting in a bunch of song sketches. Since then, the bands have gone on to hone the pieces in occasional live performances, as well as tidying them up in some final sessions, but this album still has the loose, jammy feel of something created in a highly concentrated passage of time.

The result is strong, if a little slight. Released just on the edge of potentially career defining statements for both bands, this LP feels slightly like treading water in places, as both bands retread ground but find freshness in having it interact with someone else, bringing Arabic influences more obviously to the fore, and allowing both bands to abandon their usual instinct for restraint.

Its biggest irony is that the inherent looseness of the album’s creation means the band actually sound a lot tighter, because the material hasn’t had the time to develop much complexity. It takes a lot of practice, apparently, to sound as casual and half-assembled as Suuns’ best work does. Songs like ‘In Touch’ are good, but deterministic. The looped arpeggios fall into place, over the top of a thumping, metronomic kick, and – well – just kind of stay there. The repetition is mesmeric, but lacks any element of danger and surprise.

On songs like ‘2020’ from Suuns’ last LP, their dedication to anti-music was sensational; exploring how to make the maximum impact with as little as possible, testing the very notion of what can be reasonably described as musical motifs, to genuinely thrilling effect. That ‘riff’ for instance: the way it just collapses down the fretboard in a barely-there swoon, with that perfectly imperfect bend, is brilliantly executed, and far harder to pull off than they make it sound. There are no moments of such exquisite self-sabotage on this record.

For bands so guarded, it’s fun to hear Suuns and Jerusalem In My Heart just go like the clappers on songs like ‘Metals’ and ‘3attam Babey’, which let brief releases of tension on their other albums run on for minutes and minutes. But this is traded off against subtlety at every turn. The comparative simplicity of these songs makes this a more of a compelling curiosity piece, rather than the explosively satisfying – potentially classic – albums that both of these bands have in them as separate artists.