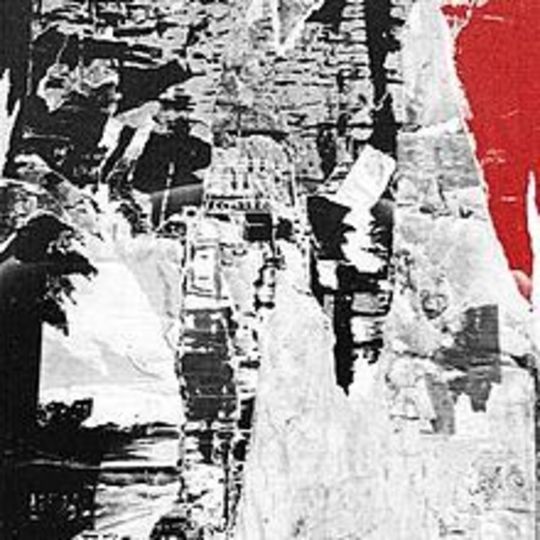 It's difficult to imagine what disturbing thoughts occur on the mind of Luis Vasquez. "It kills me inside" he interjects during the death disco jaunt of 'Far'; by Deeper's climax ('Being'), Vasquez declares, "I can't see my face, I don't know who I am."

But then as the creative force behind art rock project The Soft Moon Vasquez has carved out a niche as the 21st century overlord of aggressively pent up and often nihilistic post-punk. Now strictly a one-man band – for recording purposes at least – Vasquez decamped to Vicenza in Italy and hooked up with relatively unknown musician-cum-producer Maurizio Baggio, whose past credits include playing drums on three songs off EMA's The Future's Void last year and the Crocodiles and Dum Dum Girls' split Christmas single from 2011.

Together, they've conjured up a record that doesn't reinvent the wheel as it were. But instead, Deeper fully reaffirms The Soft Moon's status as arguably the most forward-thinking outfit currently banging the drum for such an obtuse genre. Whereas 2010's self-titled debut resembled what it said on the tin - a collection of early demos hurriedly cobbled together to form a record, its successor Zeroes, released two years later, saw Vasquez gradually find his feet as both a writer and arranger of some renown, eventually bridging the gap between those initial recordings and what sits before us today.

Granted, some of the reference points jump out instinctively from the first note. Both the aforementioned 'Far' and similarly engineered 'Wrong' suggest The Cure's Pornography wasn't far from the stereo during the writing process. Meanwhile, 'Wasting' is Pretty Hate Machine-era Nine Inch Nails in its industrialised makeover spitting lyrics like "You've got to take life by the hand, hope that one day you'll understand" with gleeful (or should that be gloomy?) abandon. Elsewhere, 'Try' skirts with The Sisters Of Mercy's 'Burn' and even Japan's 'Quiet Life' finds itself eerily revised on 'Feel', one of Deeper's more playfully upbeat moments.

What sets Deeper and indeed its creator(s) apart is that for all its influences and homages to the past, there's a distinctly modern flavour about the way each of its eleven pieces is constructed and ultimately executed. Maybe it's the way Vasquez has that uncanny knack of discovering a settled vantage point between the basement dance floor and cavernous rock arena. For example, 'Desertion' manages to evoke both the sounds of a rocket taking off and a fluttering heartbeat at regular intervals throughout its four minutes.

Even more impressive is how Vasquez delivers epic moments of grandiosity when least expected, such as on tortured piano ballad 'Without' or pulsating closer 'Being'. Of course it's anyone's guess where his next venture may take him but for now, Deeper represents an exquisite documentation of post-punk's darkest hour.