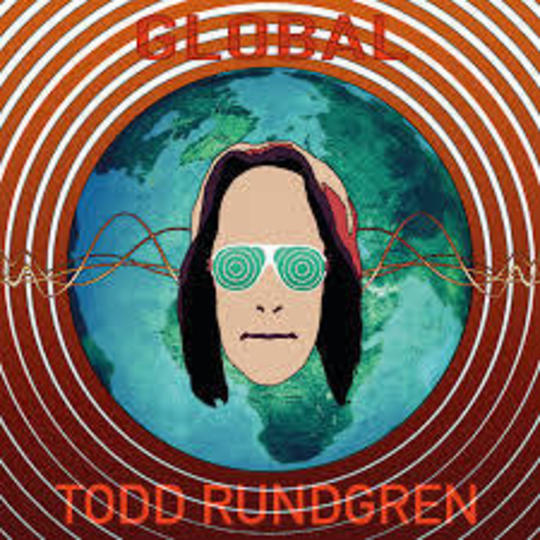 Cult figures are something of a prevalent currency in music presently: they continually serve as reference points for many a buzz-y band to prove their vinyl crate-digging credentials, they have a disproportionately-strong following in such far-flung places as Japan and South Africa (think Anvil or Rodriguez), and they continually release album after album after album without ever really setting the world on fire.

One such cult figure is Todd Rundgren: a veteran of 25 solo albums spanning 45 years – he also recorded 11 albums with his bands The Nazz and Utopia - the Pennsylvanian-turned-Hawaiian resident certainly knows his way around a studio. As well as producing for the likes of the New York Dolls, Hall & Oates and Patti Smith at their peaks, he was the man who twiddled the knobs for Meat Loaf’s iconic Bat Out of Hell, which, presumably, has kept Rundgren’s bank balance healthy these past 30-odd years.

But it is the fruits of his Seventies heyday that continue to fuel Rundgren’s enduring relevance. The gleaming pop excellence of his classic soft-rock singles ‘I Saw the Light’ and ‘Hello It’s Me’ still receive plenty of air-time on U.S. rock radio stations, whilst his more esoteric records (A Wizard, A True Star is probably the stand-out example in terms of influential weirdness) no doubt played a part in Kevin Parker’s decision to turn Tame Impala into the kind of trunk-swinging, world-conquering band that they’re now threatening to be. Dev Hynes, Hot Chip and The Horrors have also all namechecked Rundgren in recent years, whilst a young Prince idolised Rundgren to the extent that he often tried to sneak backstage to meet him after shows.

But will anyone who manages to listen to Global, his latest offering of genre-bending oscillation, go on to cite it as an important influence on their own creativity? It’s unlikely: as influential as Rundgren has been to pop, rock and general creative experimentalism, his recording forays in the twentieth century have typically wavered off into uncontained - and therefore firmly cult – territories, meaning that you’re likely to only really get it if you’re a Rundgren aficionado. The man himself is renowned for being his – or other people’s – boss when it comes to writing and producing music, with very little checks or balances in place to veto any particularly obscure creative decision. Of course, this was a tactic that no doubt worked wonders back in the Seventies when he was at the peak of his powers, but Rundgren’s contribution to the bustling musical landscape of 2015 isn’t going to make the likes of Noisey sit up and pen a reactionary feature under their wonderfully-titled 'Holy Shit' category.

And a clear reason for this materialises as opener ‘Evrybody’ (deliberately misspelt) strides out unashamedly like a glam-rock Bon Jovi tribute; a shrill ice hockey organ leading the charge of arena drums and chuntering guitars as Rundgren wheels off seemingly-deliberate clichéd lyrics: “Everybody can’t be a Presidente” and “Everybody can’t get a twerk from Miley” are enough to go on for now. It’s pretty unrelenting in its weird catchiness; a huge improvement from the outlandish techno that dominated his last record State – although saying that, the following track ‘Flesh & Blood’ picks up the garish gauntlet laid down by ‘Evrybody’ and turns proceedings into another altogether bizarre vortex as Rundgren wow-oh-wows about “jumping like a Mexican bean”.

Two tracks in and yes, you may start to begin to question your sanity somewhat – but, in a peculiar way, it’s a credit to Rundgren that he can still make this 20-something listener sit up and take notice, like he no doubt achieved on a rather more grander scale back in the Seventies. Granted, it’s the kind of attention that feels like you’re being transported against your will on an intergalactic trip into a techno-leaning wizard’s mind palace, but isn’t that something that sounds quite appealing in a present-day where snore-inducing bozos like James Bay somehow manage to infiltrate the top of the album charts?

Positioned further on in Rundgren’s latest musical vision is the striding synth odyssey of ‘Rise’, a finely-constructed track that showcases Rundgren’s enduring ability to write a decent pop song (when he chooses to, of course), whilst the balladic duo of ‘Blind’ and ‘Soothe’ have an evening-time groove that’s more in line with some of Rundgren’s more accessible back catalogue, the former’s extravagant sax solo aside.

But, as you may have guessed, such an overwhelming project also contains a sizable amount of landfill: the world music-baiting and over-the-top religious symbolism of ‘Holyland’ is a bit too much to return to, whilst ‘Global Nation’ initially comes across like an Enter Shikari build-up with its synth-sirens before Rundgren destroys the possibility of a foray into post-hardcore by delivering a Bee Gees impersonation, squalling that he wants to “wrap my arms around the world”. It instead comes across like Rammstein without the industrial metal attached, a tactic that would have been more than welcome on the woeful, Rosa Parks/‘R.E.S.P.E.CT’-referencing ‘Earth Mother’ – the less said about that, the better.

At 49 minutes, it’s rather a long listen - particularly on the closing techno ballad ‘This Island Earth’ (where Rundgren pines for another planet like Earth, and remarks on getting “amusement from crop circles, or when a cow gets inverted”), which saps whatever remaining energy you have left. But despite that, Global isn’t a bad album – it’s just the product of a gifted artist who’s remaining true to the now-dispended-with culture of being able to make a record out of every creative idea he has. No doubt delightful for existing Rundgren fans, you deserve a medal if, as an uninitiated listener, you make it out of Global feeling inspired like never before.