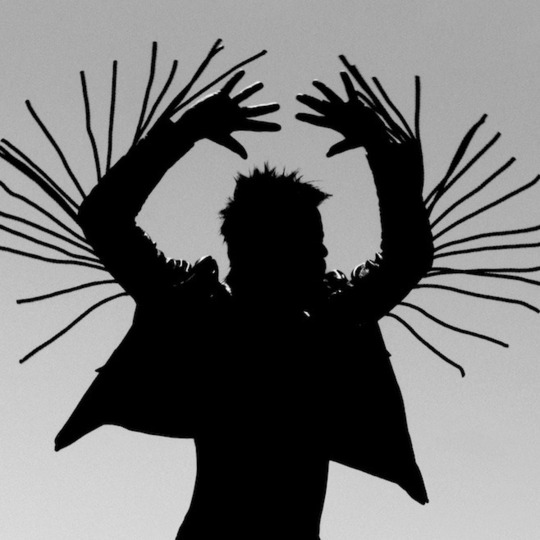 It’s refreshing to have someone in the indie world admit without shame: I want to be super famous. Today, just three albums into his career, it’s difficult to believe that Twin Shadow’s debut rode on the wave of bedroom-pop blog hype. His last LP – the brilliant Confess – made no pretence about his ambitions: bigger stages, bigger songs, bigger production, bigger everything.

Eclipse – his first record on a major label – makes an even greater bid for the colossal, but as a bid for mainstream success, it’s lacking. Rather than just going for choruses the size of suns, he also doubles down on his instincts for Eighties power-rock. Such earnest attempts to mine such uncool retro is unlikely to impress the contemporary pop machine.

It’s hard to think of a single song (outside of the discography of Bon Jovi or Meatloaf) which is so self-consciously constructed to be the most overwhelming, overpowering pop song imaginable as ‘To the Top’. It opens with a “woah-ah-oh” and inflates from there, driving upwards, outwards, and at you. It sounds written on commission for an Eighties action movie full of light violence on rainy back streets, and women fawning over the bad boy. Lewis may well consider this a compliment. Indeed, it’s probably exactly what it’s meant to be.

Lewis’ everything-but-the-kitchen-sink approach occasionally offers brilliant results. ‘When the Lights Turn Out’ – packed from front to back with hooks, and with a chorus to die for – is reminiscent of the finest moments of Confess, balancing conflicting emotion in the vein of his best work, with an added dash of gloss and spunk. But sadly, one of the simplest reasons for Eclipse’s relative failure is that high points like this are rare.

On Eclipse, Confess’ lauded tension between Lewis’ swaggering hyper-masculinity and naked vulnerability has melted into something quite wet. This is a record that really feels, you know? But wearing your heart on your sleeve doesn’t make you that relatable when it’s a custom tailored, designer sleeve like Eclipse’s.

Such a laboured bid for the big time makes a flimsy vehicle for carrying heavier emotion. Half-satire, half-documentary, Confess explored masculinity today through the sonic framework of pumped up and puffed out nostalgia. Eclipse blacks out nuance of every kind, resulting in a record which achieves its ambitions for sheer, bludgeoning vastness, but falls down on actually engaging the listener in simpler, more relatable ways.