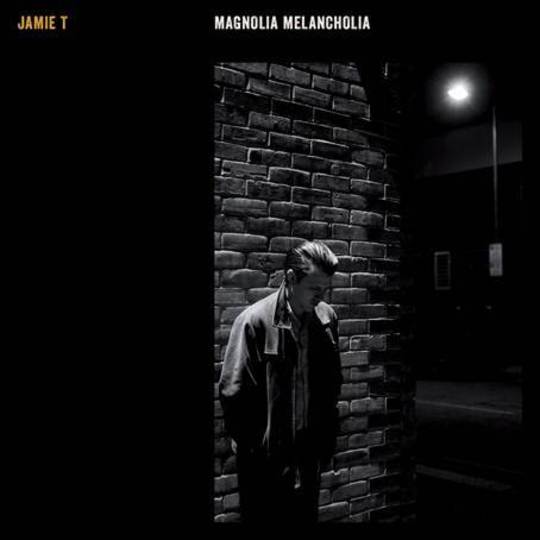 I always wonder whether there’s a touch of embellishment to claims from artists that they finished far more songs than they actually needed for a record, and so the process of putting it together simply involved whittling down the material until they had the best ten or 11. In Jamie T’s case, though, I could believe that he wrote well over a hundred songs as he was working towards what eventually became his third full-length, Carry on the Grudge; it’d certainly explain the five-year absence leading up to it during which we barely saw hide nor hair of him.

Wimbledon’s wittiest troubadour scooped a hat-trick of NME Awards last month, marking the first time since 2005 that anybody other than Kasabian took a trophy home from the ceremony, and promised to be much quicker off the mark in turning around album number four. To tide us over, a handful of Grudge offcuts make this new EP, alongside a gorgeously low-key, genuinely haunting version of The Replacements’ ‘Bastards of Young’ as well as ‘Don’t You Find’, which opens proceedings and appears in exactly the same form as on last year’s full-length.

You can only assume that Mr Treays has included the track again here because he felt it got a raw deal first time around; it was the first song to be made public from Carry on the Grudge, months before the album’s release, and split opinion. Vocally, he sings smoothly enough to be almost unrecognisable to the untrained ear, at least until the urgent, barked backing vocals come in late on; it’s perhaps not surprising that ‘Zombie’, which was classic Treays from top to bottom, usurped ‘Don’t You Find’ in the fans’ affections, but it’s the latter track that makes the bigger creative statement. Lyrically clever and drenched in foreboding, it fits much more neatly with the claustrophobic and frequently downbeat record it featured on first time around - perhaps it’ll be appreciated more universally now that listeners have had a chance to put it in context.

The unreleased material is strong, too; the title track is a delight, with a stroppily-delivered vocal battling a chirpy, erratic guitar line for prominence. It’s ripe for a singalong, but you can understand why it didn’t make the cut first time around; it’s a little too similar to the slow-burning likes of ‘Limits Lie’ and ‘They Told Me It Rained’. There’s an aggressive undercurrent to ‘Marilyn Monroe’, too, although it’s the off-kilter guitars and buzzing synths that really leap out; ‘Riverbed’, meanwhile, is a partially-successful attempt at mid-pace Oasis, falling somewhere between a trudge and a strut.

‘Mama Don’t Smoke’, a sub-two minute, acoustic demo with some heavy vocal distortion is the last of the new efforts; it’s endearing, but unessential. I’d probably say the same about Magnolia Melancholia in general, but the truth is, Jamie T is one of our smartest songwriters and given how long we went without him last time, it’d be frivolous of me to dismiss new songs from him so soon after his excellent last album. There’s plenty to like here; he’s on a good run, and you have to hope he’ll keep the ball rolling with another record proper sooner rather than later.