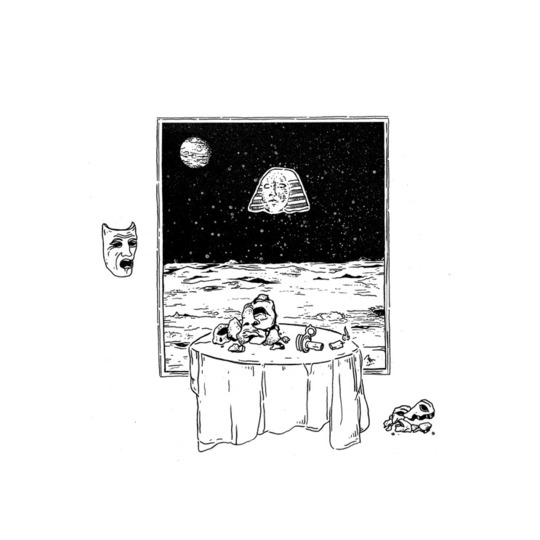 In Jewish folklore a golem was a creature created out of clay and one can easily imagine the sludgy second offering by Los Angeles’ Wand emerging out of the ground in the same way. It’s a good time to be a fan of heavy psych and Wand plough much of the same ground that Hookworms, Wooden Shjips et al have treated us to recently: it came as no surprise when they released their 2014 debut via Ty Segall’s record God? label.

On Golem the band take a tour through much of the familiar reference points: Black Sabbath, Pink Floyd, The Velvet Underground etc. but the metal influences are pushed a little more to the forefront - the band lists Electric Wizard, Melvins and Sleep as influences on the record. The best example by far of this foray into the 'heavy' part of heavy psych is on penultimate track and album highlight ‘Planet Golem’, which is built around a heavy-as-fuck doom riff that borrows liberally from Melvins’ ‘Night Goat’, but with a sprinkling of spacey synths. While it is a shame that nowhere else on the album such doomy depths are explored there is nevertheless plenty to enjoy on the rocking side, from the twisted, dissonant riff of ‘Self-Hypnosis in 3 Days’ to the Sabbath-style guitar/drums interplay of ‘Flesh Tour’. I would personally have preferred a little more in this vein but what is on offer is nonetheless very good indeed.


Elsewhere, the more obviously psychedelic influences abound. ‘Reaper Invert’ is dreamy and slightly menacing in a manner reminiscent of Hawkwind, although the solo and vocals are closer to Lullabies To Paralyze-era Queens of the Stone Age; itself no bad thing. ‘Self-Hypnosis in 3 Days’, midway through the riffing, has a wonderfully woozy Syd Barrett style breakdown whereas the wig-out on ‘Floating Head’ calls to mind Hendrix at his most psychedelic. Perhaps the most successful out-and-out psych song and another high point of the album is ‘Melted Rope’, an acoustic lead number that manages to be both incredibly druggy and weirdly majestic. It sounds like Ween doing psychedelia, but with an obvious respect for the genre and its heritage, down to it’s note-perfect fuzz guitar solo.

You could well be forgiven for thinking that Golem was incredibly derivative, given that all I’ve done is list a whole load of other bands that it sounds like. And while it doesn’t offer anything incredibly new and does wear its influences unashamedly all over its sleeve, it manages to mix these influences up in a very enjoyable way. It’s very difficult to do anything new in psych but with their energy and enthusiasm, not to mention some interesting work with electronics, Wand have managed to bring a surprisingly entertaining offering to the genre. Sometimes this energy means that the songwriting is a little disjointed - some of the songs feel a little all over the place - but this just adds to the feeling of youthful exuberance. This is clearly a band with a lot of exciting places to go.