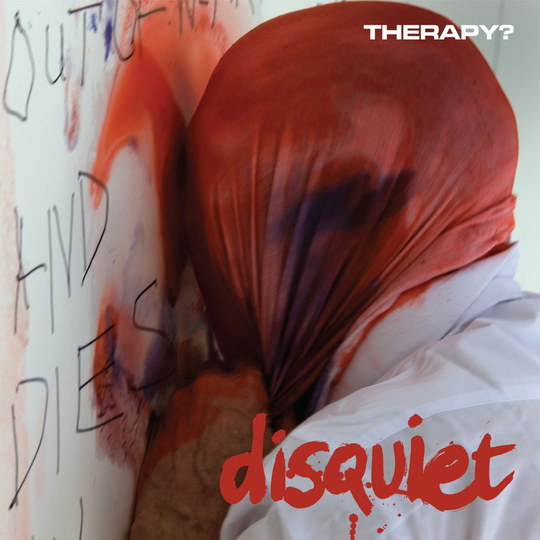 It’s interesting how different bands from one’s formative musical days can inspire vastly different reactions when revisited years later. We’ve all had disappointing nostalgia experiences – mine was going to see Hundred Reasons again a couple of years back (they never sounded so ponderous when I was 14) – and we’ve all outgrown bands who were once at the forefront of our musical horizons. It’s important to remember, however, that this is not de rigueur. No matter how pretentious and wide-ranging your music taste might have become in the intervening years, it is ok to continue to like the music you loved when you were a teenager. In fact, it’s even perfectly acceptable to continue to like music that, in its themes and in its aesthetic, is resolutely teenage.

The wide acclaim Therapy? received for their 'Troublegum in full' shows in 2010 and 2014 demonstrated that, in some cases, teenage angst is not only acceptable but in fact commendable. Despite the fact that the band have been largely forgotten by the mainstream – something which long-term friend and supporter James Dean Bradfield has been vocally critical of – the resurgence of interest in Troublegum marks the band’s best opportunity in years of regaining significant commercial and critical attention. Perhaps, then, it shouldn’t be too surprising that Disquiet, the group’s fourteenth album, is their most direct and to the point release in some time. It’s even been billed as a sequel to Troublegum in some quarters (I can’t help but wonder if I’m the only one who would rather have a sequel to Infernal Love?), although such a comparison belies the fact that the more muscular tone of much of this material recalls more recent Therapy? albums as well.

Like most latter day Therapy? records, Disquiet is actually a fairly mixed bag when compared to the classic triumvirate of records (completed by the woefully underrated Semi-Detached that the band released between 1994 and 1998. Of their releases since then only 2010’s Crooked Timber has rivalled those three records as the group’s greatest achievement. That’s not to say there aren’t some cracking songs here, however. The opening trio of ‘Still Hurts’, ‘Tides’ and ‘Good News is No News’ particularly impresses, with three of Cairns’s catchiest choruses to date welded neatly to his familiarly addictive riffs and the ultra-solid rhythm section of Michael McKeegan and Neil Cooper.

Of course the problem with this formula is that it has, essentially, been the group’s modus operandi for over 20 years now. This means that tracks like ‘Fall Behind’ and ‘Idiot Cousin’ have little hope of avoiding getting lost in the plethora of similar tracks the band has penned over the years. Yes, it’s unfair to pull up a band for not always writing songs that compare with their best, but the weaker tracks here have the unfortunate side effect of making memories of greater past glories all the stronger. This is equally unfortunate, as Disquiet deserves to be listened to on its own merits. Given the distinct absence of bands in a similar mould that even come close to the trio’s current level of form, listeners should consider Disquiet in a wider context than just that of Therapy?’s career, difficult though that may be.

There’s something of a finality to seven-minute album closer ‘Deathstimate’ – “the road ahead looks shorter than the one behind” – that implies the band’s time is coming to a close but, if Disquiet proves anything, it’s that Therapy? still have plenty of life in them. This shouldn’t be seen as a concession to those that have been waiting for a more pop-inflected follow-up to their 1994 fan favourite, but instead as a bullish reminder that not only are Therapy? still here but they still do what they do better than almost anyone who has attempted to copy them in the intervening two decades. When they do eventually depart – and I hope it is many years from now – it will be a sad, sad day for British rock music.