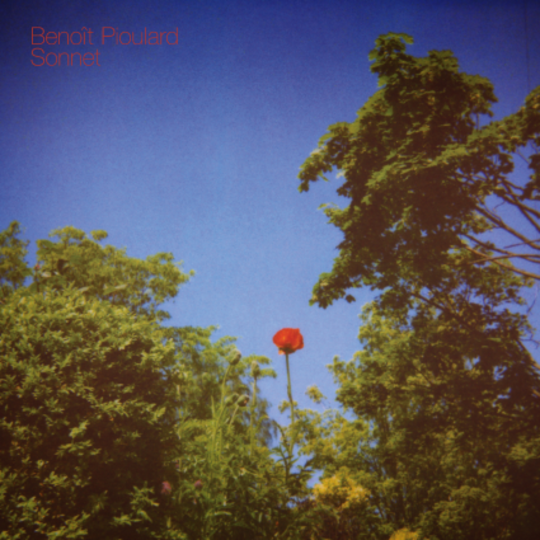 For his fifth studio album, Thomas Meluch, aka Benoit Pioulard, returns to Chicago's Kranky label with a lush and vibrant collection of isolated drones, hazy ambience and crackling hiss.

Recorded over the summer and autumn of 2013, the album retains a beautifully pastoral feeling, and one that throbs and aches with genuine emotion. Meluch stated that he removed vocals from some finished tracks as he was striving to 'leave only what felt absolutely essential' in the finished article, and so became an album based around the exploration of restraint. It works in his favour, as the instrumental work here is busy but never cluttered - there's a lot to explore, and a lot of widescreen luminosity to get lost in and discover.

Recorded and mixed without the aid of any software, it's a purely analog affair, which will no doubt delight fans of the crackly imperfections that made records from the likes of early Hood, Ian William Craig and Zelienople such interesting experiences. Sonnet's ebb and flow glides in a beautifully forlorn way - a direct opposition of the fizzing splendour, or epic doom of the likes of Tim Hecker and Ben Frost - it excels in twisting and turning tiny fragments of tape and turning them into meandering melancholic atmospheres.

For the most part, Sonnet benefits from these improvisational slow motion melodies, although on a few occasions, he strays a little too far beyond the sonic world he's so gracefully crafted. A touch of dissonance on 'Whose Palms Create' for example, rather upsets the flow of the record, but offers a slight detour into another, altogether more murkier side to his character.

The short interludes are some of the more interesting things here too, and perhaps the album would've benefited from a deeper exploration of these ideas - 'Is In Its Clearest Form' recalls a lost Boards of Canada skit, with its steadily disintegrating warped guitar lines, and the pair 'As Would A Weaver' and 'That Wounded Weathered' both elicit a frayed beauty, purely from a few plucked synth notes processed through what sounds like an old delay pedal.

Elsewhere however, the closing triptych of 'Shut-ins On Sunday See', 'The Very Edge Of It's Flame' and 'And Relent' is probably some of the most affecting instrumental music you'll hear this year - an ending trilogy which glides through such breathtaking beauty, it becomes fairly difficult to not stop whatever you're doing and just breathe it in. By the time we hit 'The Very Edge Of It's Flame', the album's longest track, the mood is changed again from one of subtle introspection into one of glorious outward expansion - a thick layer of lo-fi distortion glistens, teetering on the edge of apocalypse, but restraining itself just enough to hold it back from the brink of an unlistenable mess. A perfectly executed example of Melcuh's idea of restraint as a focus for the album.

Beautiful, if rather impenetrable at times, Sonnet succeeds when holding back - teasing soft, sometimes brittle melodies through reverbed layers of atmospherics, giving just enough away to engage and envelop.