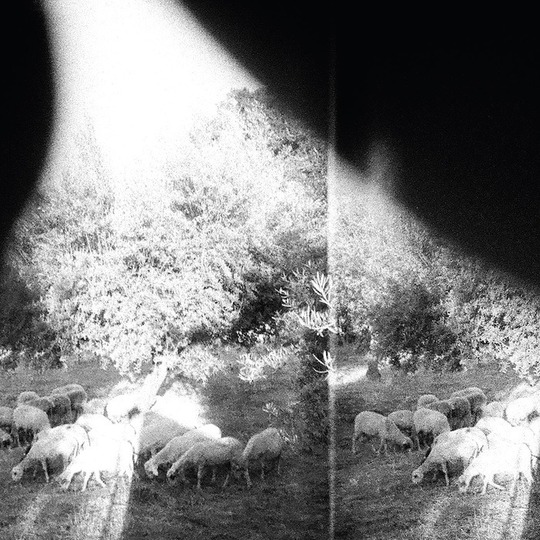 Well we can't say we didn’t see this one coming: where the reformed Godspeed You! Black Emperor’s fine ’Allelujah! Don’t Bend! Ascend! came as a bolt out of the blue, fifth album Asunder, Sweet and Other Distress must stand as one of the most heavily trailed albums in history. The camera-shy quasi-anarchists played the entire record live – under the guise of the gargantuan single track ‘Behemoth’ – on every night of their 2013/14 world tours, with a bloody-mindedness that was pure Godspeed: I saw them headline a festival in Poland (I believe it was their first ever Polish gig) with a 75-minute, three-song set, well over half of which consisted of ‘Behemoth’. To other bands this would be a fatal indulgence: for the Quebecois post-rock godheads, it just burnishes their enigma.

And because they're Canadians, it was also a practical thing to do: endless touring has honed ‘Behemoth’ into the four-track, three-movement Asunder….

Even after the dreamy grandeur of ’Allelujah…, a question mark hung over the reformed collective’s ability to produce new music that matched their pre-split work, because the music mostly predated their hiatus. The all-new Asunder, though, really is up there with the best they’ve ever made – maybe not actually as good as the peerless Antennas To Heaven – but not that far off either, a concise, seemingly effortless record that crystallises the group’s strengths without any sense of retreading old ground.

Godspeed can do stupendous things over the course of the 20-minute-ish tracks that have been their default since F♯ A♯ ∞. But it turns up they can do equally as many stupendous things over the course of a ten-minute-song, should they so choose. Presumably spurred on by the return of founder guitarist Mike Moya, ‘Peasantry or “Light! Inside of Light!”’ begins as the unabashed guitar beast they never quite made before, a grinding, droning sludge riff, underpinned by ravening distortion and strings that buzz like an army of angry winged things. It’s one of the most fuck-you impressive bits of music the group have ever done, a brooding, muscular sound that embodies their shadowy, vaguely threatening image in a more maximal way than their largely majestic oeuvre.

This being Godspeed, though, the song pinwheels seamlessly away around the four-minute mark, the guitars dropping out and the strings transitioning into a beautiful, Balkan-tinged lullaby. It is a remarkable, the sort of thing no other band could contemplate doing – at least not with any subtlety – yet Godspeed carry it off easily as breathing. And that’s not even it for ‘Peasantry…’: around the eight minute mark a series of springy slide chords and the a bucolic flute wrap the song up in nigh-on poppy fashion, an almost early Floyd moment.

The evocative ‘Lambs’ Breath’ is the monstrous cousin of ’Allelujah’s drone tracks, a throbbing, elemental series of distorted roars and pulses that sounds like the musical interpretation of some incomprehensible cosmic reaction. It is also unabashedly confrontational, a sign that this is not going to be Godspeed's pop record after all.

The brief (six-minute) ‘Asunder, Sweet’ flows directly on from ‘Lambs’ Breath’, a climb back to the light from its predecessor’s shadowy abyss, a lambent trickle of feedback that resolves into elegant lapping waves of violin, before thickening into something stormy and dense and crackling with portent that resolve into the stupendous closer ‘Piss Crowns are Trebled’.

At first a baleful, atonal rumble, ‘Piss Crowns’ luxuriates in the murky aggression that characterises this record, chased with feral, distorted guitars and increasingly portentous dissonance before they suddenly smash on the beauty at the six-minute mark, Sophie Trudeau’s sweet, sweet violin singing mournfully over everything like a sad god. It’s hard to write about this stuff without sounding like a thesaurus-swallowing twat, but it’s the sort of remarkable moment that reminds you how totally and utterly peerless this band are.

A sheetlike wall of guitars and drums descends as the violin line spits into thousands of slow shards and the song spends its remainder building towards as unashamedly massive a climax as the band has ever turned in, and that’s yer lot. Asunder, Sweet is Godspeed at their most conciliatory, most bloody-minded and most untouchable.