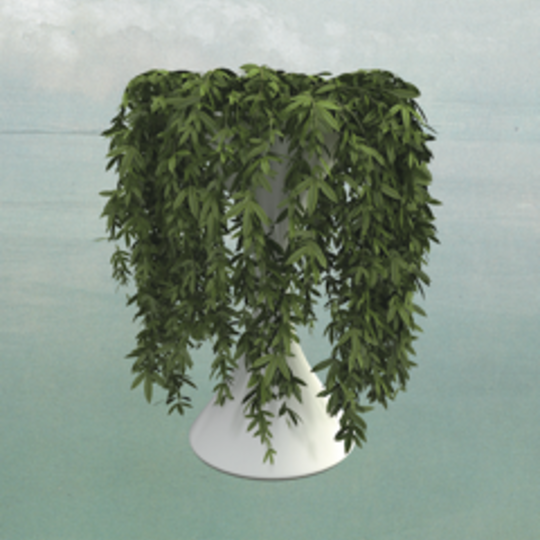 Errors occupy a strange space in the musical landscape. Caught somewhere between instrumental electronica, indie rock, techno and pop, their little world is very much of their own making, and over the past five or so years they’ve been gradually shifting away from more guitar-based instrumental fare into a fully fledged electronic pop band. On fourth album Lease Of Life, the Glaswegian trio sound more assured than ever.

Listen to an exclusive stream of the album

The slow shift from the indie disco staples of their more recent past will likely leave some of their fanbase a bit puzzled as to why everything sounds so synthetic now, but far from chasing stylistic trends dictated by gif-heavy blogs with an obsession with the so-naff-it’s-cool, the band seem to be a lot more confident about utilising the glitzy Eighties production that's been slowly creeping into their sound since 2012's Have Some Faith In Magic. In fact, whereas once they may have been slightly apologetic in their use of decidedly retro equipment, now they revel in it – completely in their element.


And all for the better really, as that confidence is demonstrated beautifully within Lease of Life's opening two songs: 'Colossal Estates', with its triumphant synths and marching claps, and the title track- all joyous, bouncing basslines and warbling synths, under-pinned with the steady thump of a kick drum. There’s even a bit in the middle that sounds like vintage New Order messing around with an acid house bassline - by no means a bad thing.

A lot of bands attempt the retro Eighties synth thing, but most completely miss the point by trying to score style points, tapping into retro futurist aesthetics that end up rendering the whole thing a boring pastiche. Here though, Errors take these old sounds - chiming bells, bubbling arpeggiated synths, and slow-mo 909 kicks - and manage to coax an eerie, otherworldly beauty from them, making the machines ache with genuine heartfelt melancholy to the point where you can hear the gooey romanticism drip from the cables and microchips.

The album taken as a whole lays together in a hazy, neon netherworld - the musical equivalent of Encarta 95 - a vision of the future from the not too distant past, a soundtrack to a thousand instagram filtered daydreams.

Recorded on the remote Scottish isle of Jura over last summer, 'Lease of Life' sounds exactly that- gone are the atmospheric densities that clouded previous mini album 'New Relics', and a new found joy and wistfulness is present across the 9 tracks on display here. Melodies weave and dart in the slowest of motion, gliding over the glistening widescreen pads which float on top of everything.

Vocals soar and lilt, processed through an echo chamber's worth of reverb, the sound of the voice more important than the words being sung. When they go into full on song mode however, such as the hypnotic, saccharine grind of 'Slow Rotor', or the haunting, genuinely moving album highlight 'Dull Care' - both of which feature spectral guest vocals from Cecilia Stamp - Errors prove they're more than just another band fiddling with electronics: they lend the album a positively human aspect in these strange and beautiful electronic songs.

Album closer 'Through The Knowledge Of Those Who Observe Us' is perhaps the strangest thing they've ever attempted: a big, chanted group vocal that sounds like a forgotten Scottish folk song, sung over slowly unravelling arpeggiated synths over 13 minutes. It's slow jam komische - slowmokrautrock from an alternate Eighties.

Overall, Lease of Life is a striking little thing - an album out there on its own, grooving in its own little world. It's perhaps because of this that it won't magnetically attract like previous efforts, or automatically gain a whole new legion of admirers, but given time to reveal its subtle charms, the payoff is a genuinely sublime record.

It's intrinsically a strange album though, trapped somewhere between The Knife, Nineties acid house, Kraftwerk, New Order’s Technique album, and literally anything Eno did in the Eighties, but the warped pop sensibilities and gloriously plastic production make it a hidden gem.