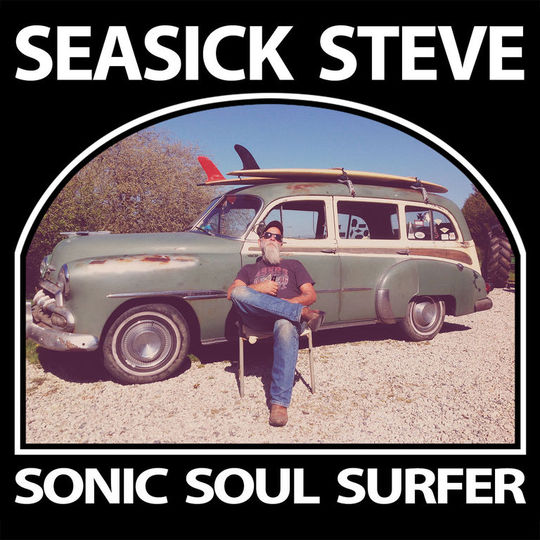 I’ve always had plenty of time for Seasick Steve.

It’s easy to be cynical about anybody who was swept to something like overnight fame by a performance on Later...; even more so when the artist in question is somebody who’s playing off of the idea that he’s nothing but a simple ‘hobo’, plucking on a guitar that he’d fashioned out of an old cigar box.

Of course, even the most cursory of digging is enough to demonstrate that, whilst Steve isn’t necessarily disingenuous - he certainly did live the kind of life he’s prone to singing - he’s also by no means a man with no prior experience of the trappings of the music industry; he worked as a producer and engineer for much of the Nineties, including work on Modest Mouse’s This Is a Long Drive for Somebody with Nothing to Think About.

Even so, he crafted his shtick very nicely in the years immediately following his breakthrough; his standout album to date, I Started Out with Nothin’ and I Still Got Most of It Left, was a clever exercise in wringing the most out of that persona. There were tender ballads (‘Walkin’ Man’), raucous drinking songs (‘Thunderbird’) and no shortage of geographically-specific blues cuts (‘Chiggers’, ‘St. Louis Blues’).


Since then, though, that one trick has worn awfully thin, so much so that on his last album, 2013’s Hubcap Music, Steve felt it necessary to include the central gimmick - that he’d recorded it on a guitar made primarily out of a couple of what we Brits would call wheel trims - in the title of what was otherwise a thumpingly uninspired piece of work. It doesn’t bode well, either, that the artwork for this latest release, Sonic Soul Surfer, looks as if it was thrown together on Paint by an eight-year-old.

You shouldn’t judge a book by its cover, of course, but suggestions that Steve has phoned it on this album ultimately prove to be bang on the money. The primary theme of the record’s 12 songs seems to be that he’s been fiddling with the effects pedals when it comes to his own vocals, usually to nothing other than mildly irritating effect. The guitars are turgid, all the way through; perhaps that’s a mark of authenticity, of course, given that Steve is so given to working with the most basic of equipment, but surely the idea is to really provide some character and personality by choosing to play a knackered old three-string - instead, whatever sound he’s plumped for leaves a homogenous impression.

More difficult to forgive, meanwhile, is the apparent wholesale stripping down of the personality that Steve would previously routinely inject into his lyricism. Opener 'Roy’s Gang', at least a couple of minutes too long to begin with, is underpinned by the refrain of “we wanna get on that stage, wanna play you our very best show”. It does nothing to play into the man’s intricately-woven back story, irrespective of how genuine that really is. If it’s part of some attempt to show us the real Steve, established tales notwithstanding, then it surely points to this being a classic case of 'print the legend'; ‘Summertime Boy’ and ‘Dog Gonna Play’ are both crushingly dull cases in point.

Seasick Steve is an accomplished bluesman and an absolute character - I’ve fond memories of a few of his live shows, not least one on the Man from Another Time tour where he eschewed the usual support slot routine in favour of bringing everybody together on stage; he went on to hand around bottles of single barrel Jack Daniel’s in a manner liberal enough to ensure that a fabulously sloshed and apparently interminable rendition of ‘Dog House Boogie’ comprised the encore. Sonic Soul Surfer, though, pares things down a little too much, and reveals desperately little behind the bravado; this sounds like Steve Wold, not Seasick Steve, and the result is an untidy, tedious affair.