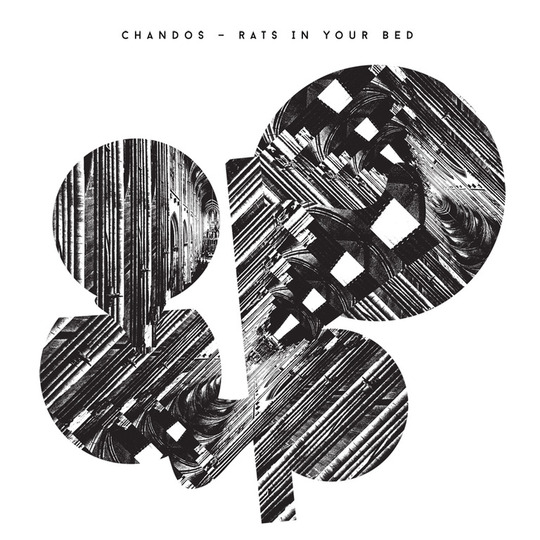 Boston, Mass three-piece Chandos are part of both a regional and musical lineage of which many listeners will be instantly aware. The late Eighties and early Nineties Boston scene – where the ever-underrated Drop Nineteens brushed shoegaze shins with post-hardcore poppers Lemonheads and the long lost Cold Water Flat peered over the collective shoulder of a dominant, ever-influential Pixies – has long enough been the stuff of legend. While clearly turning at least the occasional ear to their hometown heroes, Chandos have a tendency to cast their musical net a little wider in terms of place if not in time. This is a record plastered in the Chapel Hill chug of Superchunk and Archers of Loaf, drenched in the slacker shimmer of Massachusetts neighbours Sebadoh and Dinosaur, sometimes blessed with the sun-kissed, naked quirk of Calli darlings Pavement.

With many elements so absolutely familiar, such a number of aspects resolutely rooted in the past, how can the horrifyingly titled Rats in Your Bed be anything other than a retrogasm for those who approach middle age with a ton of vinyl under their arm, bemoaning the loss of ATP weekenders (ahem)? Chandos have made a great record largely because they are so very good at what they do. Nothing here feels like a facsimile – more a continuation; there’s little in the way of homage, more of latterday comradeship. They’ve taken a broad genre and infused it with bitter teen mockery, bizarre time signature shifts and eyes-half-open melody that can punch at an equal weight with some of the greats.

Dan Coulson has a lot on his plate here, handling both the frenetic, firecracker guitar parts and the contrastingly tuneful, hazy vocal work, which, offering a further twist to the cocktail, harbour lyrics that are as often small-town glowing as they are angst-filled cynical.

Coulson’s words are a consistent pleasure – Linklater slack on the racing pop of ‘Cobra Points’ (“Everybody’s OK, everybody’s on your mind”), then Barlow bitter on the complex, collapsing title track (“You’re just fine, you’re not that fine”) and opener ‘Drugs Bros’ (“This fucking town where everyone knows everything about you…everything means nothing now – to no-one”). Sometimes he’s endearingly dumb, as on the lost youth sunset lament of ‘Feel My Heat’ with its deliciously naïve “It’s so nice outside, when everybody’s just here to get stoned”), and sometimes he’s capable of a clumsy but true Lowenstein-like couplet such as “In your eyes it’s not where you’re going it’s just where you’re coming back / in your eyes I’m changing” from the frustrated, furious ‘Everyone’s An Expert’. Alright, these aren’t stunningly original sentiments but they all help to create the atmosphere of small-town Americana ennui that permeates this surprisingly rewarding record.

There’s a wonderful microcosm moment on ‘Swim Gym’ wherein a half-time breakdown conjures a flurry of images that the band are seemingly happy to pin to themselves – garage room rehearsals, bar jobs, terrible fast food gigs, street corner sadness and widescreen dreams unfulfilled. An overly romantic inference? Yeah, maybe, but anything that makes a listener feel that way needs lurid acknowledgement, right? Chandos have made a fast, fun, glorious record here. They pack so much into their three-minutes-or-less tunes that they feel like honed, packed nuggets of alt-rock gold. It’s the stuff of your imaginary American teenhood; the straight to the heart thrill you may have pulled from Japandroids of Joyce Manor made, somehow, more engaging, friendlier, even.

It seems then, that Boston’s knack for tossing out crushingly wonderful bands continues apace and Chandos, with an eye on the past and a sneer on their lip, seem perfectly poised to carry the mantle with some aplomb.