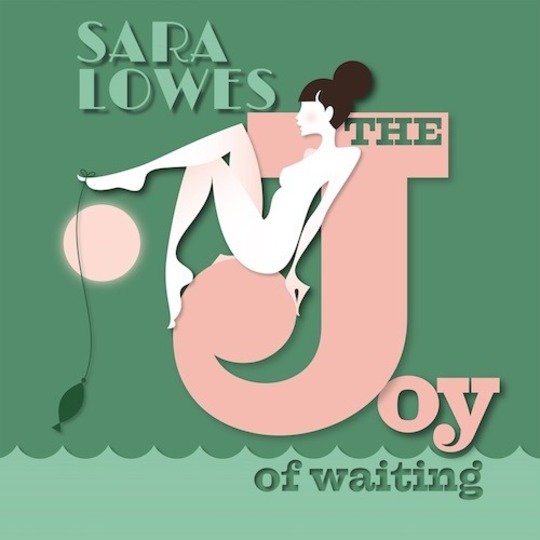 As keyboard wonder for on/off indie beauties The Earlies and a respected session player/vocalist, Sara Lowes has been involved in series of acclaimed albums since the mid 2000s. As well as serving as backing band member for the unique Daniel Johnston and cropping up behind the likes of King Creosote, Lowes has quietly carved a niche for herself as a respected solo artist.

The Joy of Waiting follows 2011’s charmed, accomplished Back to Creation and offers an intelligent, considered step forward in the realm of jazz-inflected chamber pop. Lowes leans largely on her instrumental rather than vocal abilities here; though the album itself was apparently inspired by the work of JB Priestley (whose 1918 book of verse has its title lifted here for the purposely awkward funk-math-rock discussion of the endeavours of the noble poet ‘Chapman of Rhymes’ with the neat lines “A hill fit to climb, distractions are fine / say a sunny day or a job that pays”) it errs on the side of the precise: musical rather than the precise: lyrical.


The songs here are often more like song cycles or suites than anything in the trad pop domain and far too controlled to feel like jazz. The intro and title track structures dignified strings over piano twinkle and plucked guitar percussion – a Neil Hannon-like nod of retro delight. Yet it shifts gears cleverly, employing a Wurlitzer whirl to conjure a stranger tone, accompanied by darkened drone and grinding guitar. It’s a fair indicator of what is to come – an album that may suffer a little from its own politeness but always has an eye on a shift into murkier territory.

This kind of stiff-upper-lip-psych is lyrically typified on the sophisticated, fizzing ‘I Find You’ with Lowe’s sweet, deadpan vocal pout offering “My company’s calling but you’re holding my gaze / I find you”. It’s almost courteous in its obsessions, casual in its sad observations (“When I think of going home I wonder which way?”) yet when the duelling blasts of horn and clash of cymbals land the anxiousness sets in. It moves into a fraught, persuasive build that finally fades – but then at the last moment hits triple speed to truly throw the listener a curve ball. It’s fairly fascinating.

Of the instrumentals (often augmented rather beautifully with consonant-free choral vocalising) ‘Bright Day’ and ‘For the Seasons’ stand out as shining examples of crafted interest; the former a hushed, haunting exercise in nostalgia, the ascending piano and maudlin violin part conjuring a sense of longing for some intangible shared moment – its evolution intrigues and engages; the latter is a delicate, closed-eyed piano lament that lends gravitas to the latter part of the record, just when its needed.

Yes, while Lowes is clearly a master of dynamics and arrangement, sometimes the tunes don’t strike as resonantly as they might and that’s why the album feels a touch long, the compelling mismatch of songs finally wearing thin on later entries such as ‘Cutting Room Floor’ (a little twee even for schmindie fans) and ‘Horizons’, best described as inoffensive.

That’s not to say, though, that there aren’t storming moments of pure pop here – ‘With a Mirror’ for instance has a swooping chorus that, sadly, slips away just when you’d love to relish it once more. The krautrock repetition that recurs, Stereolab-like on songs like ‘J.B Priestley’ also holds considerable appeal.

The Joy of Waiting is a truly intriguing record. It never really lets itself go enough to really explode and take things to the next level but it’s in its reserve, precision and craft that its charm really lies. Lowes has made an admirable record that cements her reputation for intelligent, baroque pop that has the potential to shift and change into any kind of musical shape it chooses.