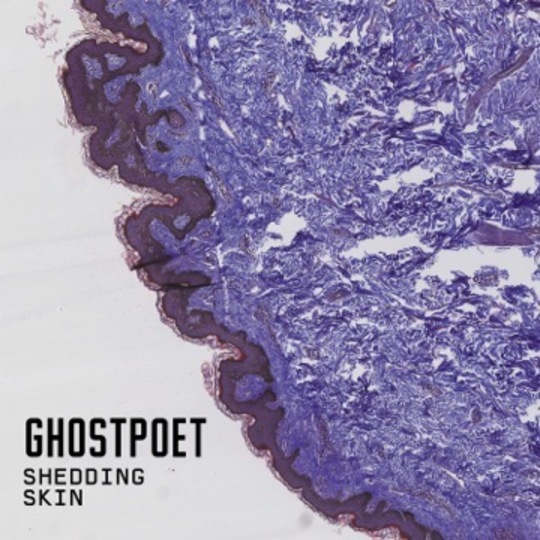 I can still remember where I was when I heard Peanut Butter Blues and Melancholy Jam, the debut album from Ghostpoet, for the first time. I was unassumingly surfing through the indier-than-thou Guardian music pages when I came across a stream, having been directed there by my flatmate. 'Intriguing band name', thought I. 'Terrible album title' went my next thought, quickly followed by 'enigmatic album cover'. Fortunately, I stopped thinking shortly after that, so thoroughly floored was I by the combination of Obaro Ejimiwe’s delivery, spoken and drawled, occasionally sung. To all intents and purposes it shouldn’t really work at all, but it does more than that. Something about that album, and the possibilities it represented was transcendent.

One of the greatest aspects of listening to a lot of music is watching an artist’s career develop. Following 2013’s more confident Some Say I So I Say Light I was fortunate enough to witness a show at Leicester University in which Ghostpoet, now a full band, was a much more strident, dynamic and tantalising proposition.

This progression continues with Shedding Skin. Here, the full power and diversity of the live Ghostpoet experience is expanded and explored to the full. The record is alive. It has punch, guts, heart, all the things you would hope for really, whilst at the same time maintaining the central potency of what made Ghostpoet so great in the first place: that voice, delivering paeans to lost love and the reality of life like really no-one else can.

‘Off Peak Dreams’ kicks in with a delicious piano, bass and drums groove, before guest Nadine Shah elevates the undulating ‘X Marks the Spot’ to splendid heights. The walking bass and off-beat twists and turns of the main guitar figure are truly wonderful. We’re told “I don’t care anymore”, but the careworn delivery suggests otherwise. What is already clear is that this is an album of atmosphere and emotion.

Highlights abound. 'Sorry My Love, It’s You Not Me' utilises the considerable talents of Lucy Rose to great effect, never taking away from the centrality of focus: that voice. The album’s title track is built on another spine-tingling bass riff, as the synergy between the band comes squarely to the fore. The simplicity of the building blocks for each song, painstakingly crafted, really shows that the old maxim less is more holds true. “You think you know me, you never know, simmer down” goes the chorus to this one. It seems that it is about lost love, but it could just as easily be a message to those who seek to pigeonhole and limit the possibilities and potential of Ghostpoet. Really, it is boundless. 'Better Not Butter', with its distorted introduction, gives notice that Ghostpoet’s energy is high for an assault on the ears and hearts of a much wider audience. This is music which could be taut, fraught and esoteric, but which instead has the potential to connect with an d hold the attention of a huge audience. One can only hope that an element of musical justice is meted out in the coming months and that Ghostpoet’s immense talent can truly be given the platform it deserves. Long may his ambition lead him.