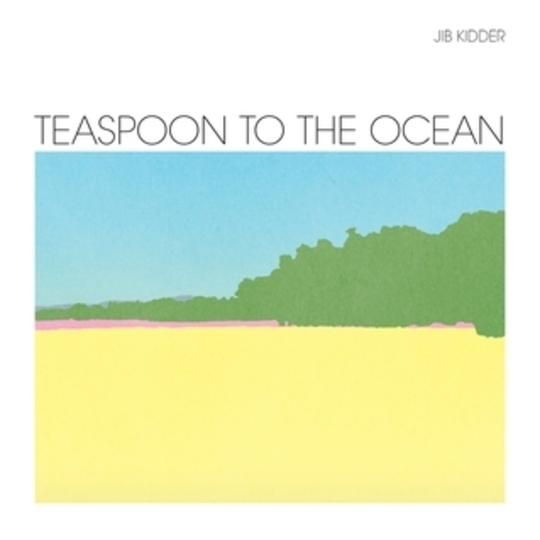 It must be intriguing in Sean Schuster-Craig’s head. On the evidence of Teaspoon to the Ocean, his debut album as Jib KIdder for Weird World, it appears that he exists in a state somewhat approaching percussive bliss. Sure there’re plenty of coloured thoughts firing off the synapses but, largely, we find ourselves as we enter Teaspoon’s…. world in a somewhat unexpected environment. Somewhere between psychedelia, country and a restrained take on the stylings of School of Seven Bells, this debut strikes as one better suited to spring or summer than the grey days it has been released into.

Barring a couple of guests the work of Schuster-Craig alone, the album gets going with the ricocheting 'Remove a Tooth', built on an elastic bassline, off-kilter drums and a gorgeously toned drone, all of which provide a foundation for processed, synthetic vocals. I have to be honest, I have no idea what the words are about (a recurring theme) but the whole collage works wonderfully together. An atmosphere is created, developed and brought to an altogether entirely satisfying conclusion. Within one track’s length, the scene for the rest of the album is set. As guitars and synths shimmer, apropos of virtually nothing, my head begins to nod, my fingers start to tap, as clichéd as it sounds (and is) Jib Kidder has cosseted me away in to his world. 'In Between' is a more straightforwardly driven psych country pop song, if such a thing can be straightforward, while the lazy swing of 'Appetites' is particularly pleasant. This is one of two tracks to feature the talents of the inestimable Julia Holter. Here, she harmonises to beautiful effect and would, in most circumstances, steal the show, were it not for a frankly incomprehensible guitar solo from Schuster-Craig. As with most other elements presented here, it has its basis in relative normality, but teeters so regularly on the brink of melodic collapse as to be captivating.

'The Waves' competes between electronic percussion and what I think is a saxophone solo (don’t shoot me if it isn’t, I’ve got a cold, my mind’s a fog). 'Situations in Love' showcases more off-kilter and yet just right drum work and more chopped-up vocal stylings. And so it goes on. At the risk of boring the reader, each song is quite different from the last, but the sum of the whole is such that this listener at least is left to wonder at the vortex of creativity which Jib Kidder must exist and have been created in. Sure, the pace never really rises that much, it’s highly unlikely to set the pulse racing, but if you don’t find plenty to sink your teeth in to when listening to this album then there’s almost certainly something wrong with you. This is a challenge of an album, a challenging listen, but an album with plenty of soul. As the soulful 'World of Madness' unfolds, my mind focuses on a dubby bassline. There’s loads of other things going on, but the way in which this basslline plays push me pull you with the ramshackle drum part is symptomatic of the depth of beauty at the heart of this album. Sean Schuster-Craig has realised a vision, whether we get it or not. It’s for us to get on his wavelength.